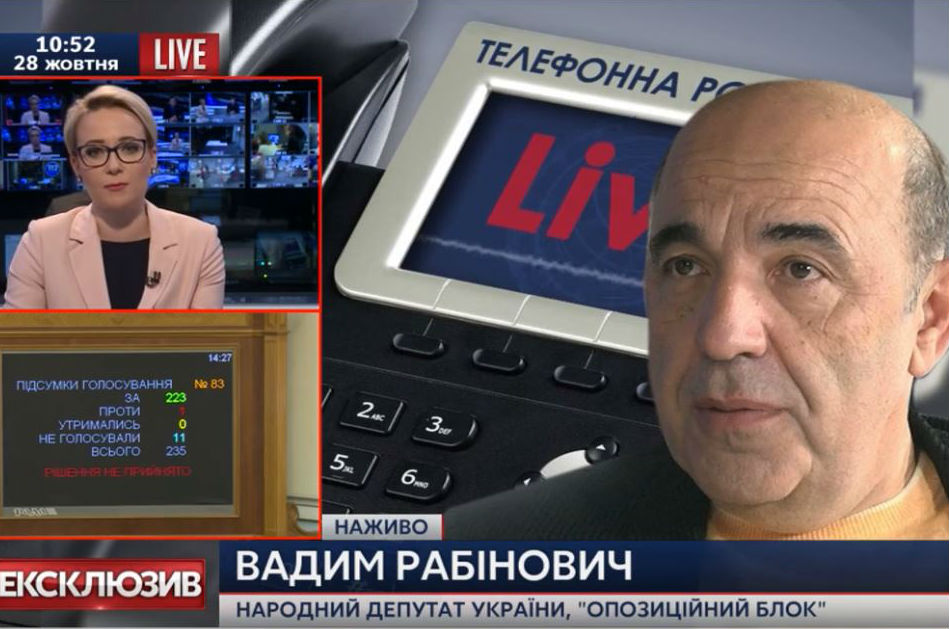 There will be no pro-Russian revenge in Ukraine next year. The Russians will undoubtedly interfere, and we should watch and expose their shenanigans, but the threat of a pro-Russian party coming to power in Ukraine is miniscule for two factors.

First, opinion polls show large majorities against the election rhetoric of the Opposition Bloc, which promotes the elevation of the Russian language and integration into the Eurasian Union and opposes NATO and EU membership. Four years after Russia invaded Ukraine, only 7 percent of Ukrainians believe the war is due to the suppression of the Russian language. Support for Eurasian integration has collapsed. Russia is associated with “aggression” (66 percent), “cruelty” (57 percent), and “dictatorship” (57 percent). Backing for NATO has tripled and for EU membership solidified.

Second, Russia’s occupation of Crimea and parts of the Donbas have removed sixteen percent of voters from participating in Ukrainian elections. Paul D’Anieri’s study (“Gerrymandering Ukraine? Electoral Consequences of Occupation“) published by East European Politics and Societies and Cultures shows the impact of the absence of these 3.75 million voters. Of these, 87 percent voted for Yanukovych in 2010; in other words, a quarter of Yanukovych’s voters now live under Russian occupation and cannot vote. This massively changes the landscape for the 2019 elections.

D’Anieri rightly concludes that a political party mobilizing only the eastern Ukrainian vote cannot win the presidency or form a parliamentary majority; in other words, Putin’s aggression prevents eastern Ukraine from controlling Ukraine. In addition, the Opposition Bloc has neither the unity nor the finances to become a revived Party of Regions which had been Ukraine’s only successful political machine.

Ukraine’s electoral balance has moved from the east and south to the west and center. As D’Anieri writes, “A potentially decisive shift in the Ukrainian electorate has taken place.”

An important influence on the fortunes of the Opposition Bloc is the absence of 27 single mandate seats under Russian occupation (since 2014, Ukraine’s parliament has operated with 423, not 450 deputies). Of the single mandate districts in the occupied territories, 26 were won by the Party of Regions in 2012.

As president, Petro Poroshenko seeks the return of Crimea and the occupied Donbas, as any leader committed to his nation’s sovereignty and territorial integrity would do. At the same time, D’Anieri writes “current Ukrainian leaders have much to gain by ensuring that it does not happen” because returning the territories “would undermine the governments chances at the next election.”

Pro-Russian forces, on the other hand, seek to compromise with Putin because in doing so their voters would be able to participate in Ukrainian elections. This is the reason for Opposition Bloc leader Yuriy Boyko and For Life leader Vadym Rabinovych’s anti-war election populism.

But this is a losing strategy. Pro-Russian populism is undermined by the fact that Vladimir Putin is the only politician who can end the fighting. Ukrainians want the war to end, but they are not optimistic about it ending soon. More than 70 percent believe there will be no change in the next three years, 52 percent in the next 3-5 years, and 47 percent in 5-10 years. The latter figure is more optimistic because Ukrainian voters blame the war on Putin and 73 percent of Ukrainians see no normalisation of relations with Russia as long as he is Russian president until 2024. 72 percent believe Russia’s goal is to destroy Ukrainian independence and sovereignty.

Pro-Russian politicians should have learnt from the Orange and Euromaidan Revolutions not to ignore the wishes of their people. With a large and growing group of veterans from the war, any attempt by pro-Russian forces to strike compromises with Putin would have serious domestic ramifications, including a possible third Maidan. Three-quarters of Ukrainians see normalization of relations with Russia only after it ends its military aggression, withdraws from the occupied territories, pays compensation, and agrees to end interference in Ukraine’s domestic affairs. The same number of Ukrainians reject any compromise on Ukraine’s European integration or Crimea (pro-Russian politicians have talked of trading recognition of Russian sovereignty over Crimea in exchange for withdrawal from the Donbas).

Opinion polls show the weakness of pro-Russian candidates because Russia’s aggression has made it unlikely there will be a traditional second round of “pro-Western” versus “pro-Russian” candidates. Instead, Ukraine’s second round will resemble European elections where pro-Western reformers (Poroshenko) face populists (Tymoshenko).

Taras Kuzio is a non-resident fellow at the Center for Transatlantic Relations at Johns Hopkins-SAIS, Professor at the National University Kyiv Mohyla Academy, and the author of “Putin’s War Against Ukraine” and co-author of “The Sources of Russia’s Great Power Politics: Ukraine and the Challenge to the European Order.”

Image: MP Vadym Rabinovych is the head of the For Life political party. Here he gives an interview to 112 Украина on October 28, 2016. Screenshot 112 Украина