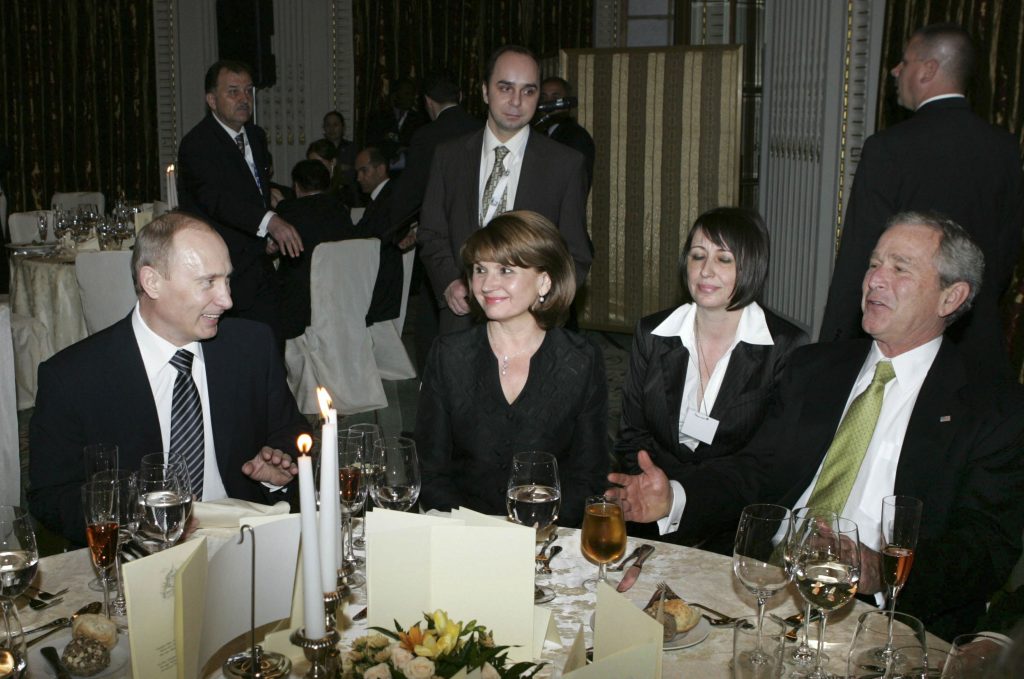 A decade ago, I received a four word message from a close German acquaintance who had accompanied Chancellor Angela Merkel to the NATO summit in Bucharest, Romania, that was tasked to decide whether to provide Georgia and Ukraine with a NATO Membership Action Plan (MAP). It read: “Yes, but not now!” Having just seen a couple of episodes of World at War on the History Channel, I laconically and almost whimsically responded: “Fateful decision.”

Ukraine and Georgia didn’t get their MAP status in Bucharest, and were left with an open-ended—and some might say useless—promise of eventual membership.

A few months later, I received a second and longer message which indicated that my off-the-cuff remark might have been more accurate than I initially imagined. A friend whose diplomatic responsibilities for the United States included the Caucasus and who also had intimate knowledge of the Bucharest Summit opened his note by confiding his early fears about the gathering—that Ukraine would somehow suffer from not obtaining MAP status; he had heard how Germany, backed by France and United Kingdom, had convinced President George W. Bush to talk to Russia’s Vladimir Putin during the event and how Putin had told him said that “Ukraine was not even a real nation-state.” He then moved on to his new fears—that serious trouble was brewing in Georgia’s frozen conflict zones in Abkhazia and Ossetia. Ukraine was too large for Russia to aggress against openly, but Georgia was not, he reasoned. Indeed, Georgia’s old regional and ethnic problems made it vulnerable, as did the fiery personality of its president, Mikheil Saakashvili.

Six years later, as I stood at the Kyiv train station trying to buy a ticket to Simferopol to investigate the reported spectacle of little green men with tanks and helicopters seizing key points in Crimea in late February 2014, I reflected on my friend’s prophetic call with some irony. He had been right about Georgia, but apparently Ukraine, despite its size, likewise seemed to be on Russia’s “feast list.” Minutes later, qualifiers like “apparently” and “seemed” evaporated as two Ukrainian military servicemen dragged me off the ticket line; they made it clear that Crimea was already lost and that preparations were being made to defend eastern Ukraine and possibly Kyiv itself.

At the time, I saw the “fateful decision” notion applying only to Georgia and Ukraine. It did not occur to me that four main subjects of the Bucharest judgment—Germany, the United States, France, and the United Kingdom—would also suffer dire consequences. The first inkling of that possibility surfaced at the end of 2015 in Germany. Russia, clearly feeling empowered by its Georgian and Ukrainian adventures, had just fully intruded into the chaos engulfing Syria and had instantly caused a tidal wave of refugees. To prevent a human tragedy of epic proportions, Germany generously accepted nearly one million escaping Syrians, only to find that an earlier “Russian speaking” emigration (Volga Germans) was suddenly claiming that the new emigrants were essentially “thieves and rapists.” The whole mess threatened to cause a polarization in Germany’s politics deep enough to provoke the return of old unwanted ghosts.

If Germany found itself facing Russian-induced polarization, it was soon joined by the United States and France. While laying aside the debate about potential collusion with the Russians to win the 2016 US election, no one would deny that the elections were subject to an extensive Kremlin-run cyber-penetration and information-warfare campaign. Equally, no one would deny that in France, the Russians not only aimed a Dezinform campaign against a presidential candidate they did not like (Macron), but actually funded the campaign of Marine Le Pen.

In February 2018, the United Kingdom was rocked by news that a weapons-grade nerve agent was used in sleepy Salisbury, England, as an instrument of assassination. Collateral damage included injury to a member of British law enforcement. And there was little doubt that the nerve agent came from a lab in central Russia. That is why the reaction of the UK and its friends was so swift and sharp; hundreds of Russian diplomats were expelled from various Western democracies.

Ten years after the Bucharest Summit, I cannot help but ponder a series of “what ifs.” The first of those involves contemplating what 2018 might have looked like if NATO had granted MAP to Georgia and Ukraine in 2008—with the two named countries existing as thriving Euro-Atlantic members in full control of their internationally recognized borders, with the Black Sea looking more like a “NATO lake” possessing five members or near members on its shores rather than an increasingly militarized “Russian ozero” and with Syria as an Assad-free and ISIS-free nation. The second involves reflecting on how different the next decade might have looked if the alternate 2018 had been achieved—with Moldova and a newly energized Armenia (possibly even Azerbaijan and Belarus) joining the Euro-Atlantic family, with Turkey, Israel, Jordan, Syria, Iraq and a reforming Saudi Arabia anchoring democratic forces in the Middle East and with Europe truly being able to claim that it was “whole, free, prosperous, and at peace.” The final exercise involves considering how nightmarish 2028 might become if NATO continues on the same failed trajectory of 2008—with a good number of post-Soviet states falling back into a “Soviet Union Lite,” with Europe re-dividing and aching to settle old border disputes, and with the Black Sea becoming a launch pad for never-ending Russian adventures into the Middle East, Central Asia, and the Eastern Mediterranean.

After much meditation, I would add only one word to the somewhat flippant assessment I had made a decade ago: “Fateful decision, indeed!”

Walter Zaryckyj is Executive Director of the Center for US-Ukrainian Relations.

Image: Russian President Vladimir Putin (L) and his U.S. counterpart George W. Bush (R) talk during a dinner at the NATO summit in Bucharest April 3, 2008. Ukraine's pro-Western president sought to reassure Russia on Friday that its bid to join NATO was not aimed against Moscow, shortly before the alliance's farewell summit with Putin. Picture taken April 3, 2008. REUTERS/RIA-Novosti/Kremlin