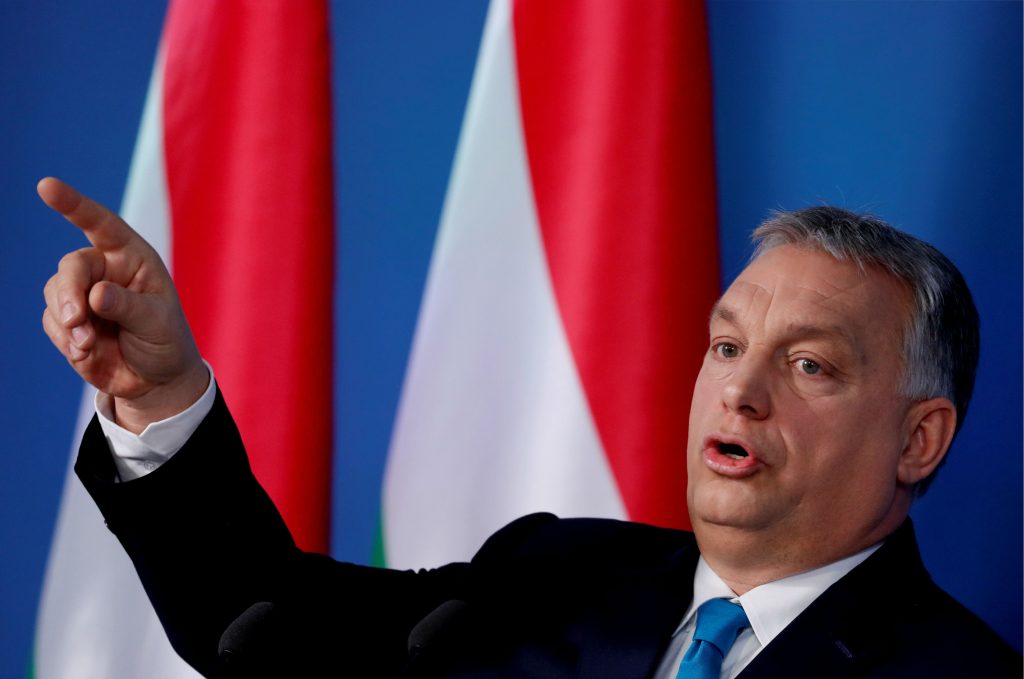 Editor’s Note: This article is a response to Stephen Blank’s essay, Putin’s Energy Strategy Is More Ambitious than You Think, which we published on January 4, 2019.

Energy policy is a crucial part of Russia’s strategy to maximize its influence in Europe and divide the European Union. As highlighted by critics of Russia’s assertive energy strategy in Europe, the two flagship Russian-sponsored pipeline projects, Nord Stream 2 and TurkStream, are much more than business: they are also geopolitical tools aimed at increasing Russia’s leverage over Central and Eastern Europe. However, an increasing number of articles in the West falsely portray NATO member Hungary as a satellite state within Russian President Vladimir Putin’s grand European strategy. These claims are misplaced.

A key element of the criticism Hungary receives is linked to its energy politics. One of the first strategic decisions of the second government of Prime Minister Viktor Orbán in 2010-2011 was to buy back the share that Russian oil and gas company Surgutneftegas owned in the Hungarian flagship energy company MOL, with the objective of posing clear limits for Russian influence in the Hungarian energy market. If anything, MOL—in which the Hungarian government owns 26 percent—and Russian energy firms are competitors in the region, especially with regard to Russian intentions in Croatia. Any notion that MOL or any other major Hungarian company is a geopolitical tool in the hands of Moscow is baseless.

Moreover, since 2010, Hungary has taken numerous steps to decrease its energy dependence on Russia by building interconnectors, increasing storage capacities, supporting the energy infrastructure investments of the Three Seas initiative—the list could go on. The current debates with Croatia about the LNG terminal in the island of Krk and possible future Hungarian gas purchase through Croatia are not about whether diversification is a necessity, but about the price tag.

With respect to natural gas, Hungary is highly dependent on imports and on one source—Russia. Like many other EU members, it has two strategic objectives: diversification of sources and diversification of transit routes. In some cases, the two objectives converge, as with the interconnectors toward Romania and Croatia. In other cases, Hungary is taking steps to increase the number of supply routes from the Russian source, but that doesn’t mean it’s abandoning its other objective.

Meanwhile, other major European-Russian energy deals such as Nord Stream 2 or the Yamal LNG—supported by other EU members such as Austria, Italy, France, and Germany—have much greater potential geopolitical ramifications than any of the Russian-Hungarian deals, due to their sheer volume, economic size, and political impact. Moreover, high-level meetings between Putin and many other leaders of EU or NATO members are as least as frequent as those between Orbán and the Russian president.

The claim that Hungary is currently pursuing irredentist policies to make way for Russian meddling also needs revision. The relationships between Hungary and those of its neighbors with which it historically had the most tensions—Slovakia, Serbia, and Romania—are excellent from a historical perspective. Any recent disputes about Hungarian minority rights with these countries are a far cry from those of the previous decade or of the 1990s. Furthermore, the political objectives Hungary has put forward in its support for Hungarian minorities are well within the boundaries of European norms.

It is indisputable that Hungarian-Ukrainian relations have taken a downturn in recent years. However, the primary cause of this development was the adoption of a controversial education law by Kyiv in 2017, which was criticized in a detailed opinion by the Council of Europe’s Venice Commission that called for some corrections. Hungary’s objective is for Ukraine to comply with the recommendations of the Venice Commission.

Hungarian support for Ukraine’s stability, territorial integrity, and Euro-Atlantic orientation has been consistent since 1991. Hungary has displayed nothing but staunch support for Ukraine’s independence and territorial integrity, EU visa liberalization, and signing of a Deep and Comprehensive Free Trade Area agreement; Hungary has also supported sanctions against Russia after Crimea and has stood up for NATO reassurance and deterrence measures against Russia.

It’s true that Hungary has blocked ministerial-level meetings of the NATO-Ukraine Commission since March 2017, but it’s also true that Budapest has not objected to any other format of high-level meetings or to any other form of NATO-Ukraine cooperation. Budapest uses this platform in its dispute with Kyiv because it is concerned about existing minority rights. From the Hungarian perspective, Ukraine’s transition needs to be based on Euro-Atlantic principles to be lasting and successful.

All of this is not to say that Hungary’s approach and decisions related to Russia should be free of debate from an Atlanticist perspective. However, portraying Hungary as a “Trojan horse” of Russia which is bent on advancing Putin’s interests to the detriment of its NATO allies is off the mark. Hungary is pursuing its national interests in line with many other NATO members’ policies as it applies a pragmatic, economics-centered approach in its relations with Russia, while at the same time setting clear limits for its support of Moscow’s conduct in the region.

Gergely Varga is a senior research fellow at the Institute for Foreign Affairs and Trade in Budapest and is a former visiting fellow at the Center for Transatlantic Relations at Johns Hopkins University.