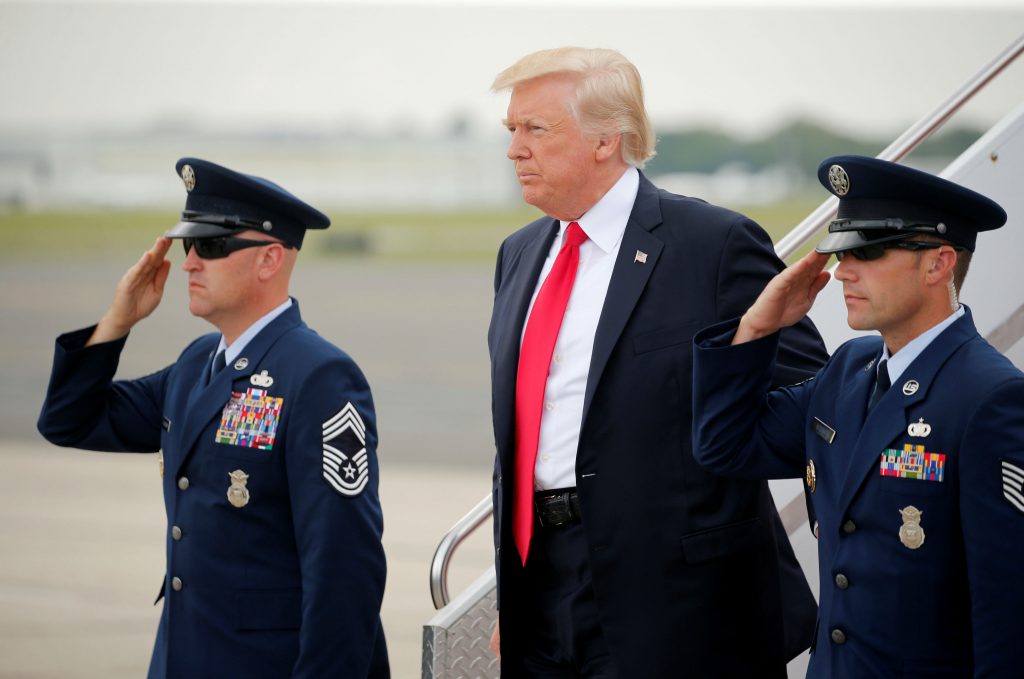 President Donald Trump’s July 25 tweet sent shockwaves through Ukraine, a country that relies on US support to resist an ongoing Russian military attack and occupation of large chunks of its territory.

It is understandable why Trump and his media cheerleaders like Sean Hannity might be scrambling to find examples of other countries interfering in the US electoral process.

But the nature of what Trump calls Ukraine’s “efforts to sabotage” the US election in 2016 cannot be compared to Russia’s wide-ranging and systematic efforts.

Unlike Russian interference, the Ukrainian government did not hack any e-mail accounts of Trump campaign officials or advisers nor did it promote Hillary Clinton through media it owns or controls. All Ukraine stands charged with is discussing the role played by Trump’s then campaign chairman Paul Manafort in its own domestic politics. Manafort advised Ukraine’s disgraced President Viktor Yanukovych from December 2004 to February 2010 and then returned to Ukraine in September 2014 to rebrand the remnants of the now-banned Party of Regions into the Opposition Bloc.

Materials that came from Ukraine during the heat of the US election campaign were related solely to Manafort’s activities on Ukrainian soil and were limited to his relationship with Yanukovych and the Party of Regions.

Russia, by contrast, released data related to discussions between Clinton campaign officials that dealt with US election matters. Ukraine was not the source of any information on Manafort in his role as a Trump campaign official and all information about Manafort was limited to his long-time role in Ukrainian politics, including evidence that suggested he may have illegally received cash payments of $12.7 million.

As importantly, there were no Ukraine-state or business-funded efforts that were targeted at attacking Trump in the manner of Russia’s state-funded RT.

Unlike the Russian hacks of internal Clinton campaign communications, which in Russia’s top-down authoritarian system, were launched with the approval of President Vladimir Putin, the release of information related to Manafort was not sanctioned by Ukraine’s government.

Indeed, such information was made public primarily through the efforts of one of President Petro Poroshenko’s most relentless critics, Serhii Leshchenko. Leshchenko, a former investigative journalist was originally elected to parliament on Poroshenko’s party list, but he rapidly became one of the president’s sharpest critics and opponents. (It is true that Leshchenko officially remains a member of the president’s political faction, but that’s because under Ukrainian law he would be stripped of his parliamentary seat if he left the party.)

The information Leshchenko made public about alleged illegal cash payments to Manafort came from two sources. One was the National Anti-Corruption Bureau of Ukraine (NABU), an office created with US and EU technical assistance, and established as an independent body.

Moreover, even the original source of information about Manafort did not come from the president’s or government’s loyalists but was provided by a disaffected former deputy head of Ukraine’s Security Service (the SBU). The information this official supplied was deliberately withheld from Poroshenko and the SBU and eventually shared only with NABU, investigative Ukrainian media, and Leshchenko.

In point of fact, while Poroshenko was concerned with Trump’s and Lt. Gen. Michael Flynn’s friendly views of Russia and Putin, Ukraine’s president was not interested in playing favorites in the US election. He was interested in making the case for strong support of Ukraine’s efforts to resist Russian aggression. Indeed, in September 2016, Poroshenko made a special effort to hold a long private discussion with Trump confidante Newt Gingrich, who was in Kyiv to address the annual Yalta European Strategy conference.

As to the allegations related to Ukraine Embassy contacts with the Democratic National Committee, these were limited to Alexandra Chalupa, a part-time DNC consultant. A look at her efforts shows they were restricted to open-source materials that had been made public in the Ukrainian press, which was covering Manafort as a domestic matter.

This level of contact differs fundamentally from the panoply of high-level meetings and contacts between Donald Trump, Jr., Jared Kushner, Flynn, and Manafort with a string of top Russian officials and emissaries.

Did the DNC and Hillary Clinton benefit from the controversies that swirled around Manafort? Clearly they did. But it was American campaign officials who legitimately sought to use open-source reporting from Ukrainian and international media about Manafort, not materials obtained clandestinely from hacks.

While it is easy to rebut Trump’s tweet, more worrying is the fact that it reveals a fundamental lack of understanding of the differences in the quality and nature of contacts that exist between Ukraine and Russia and US officials and citizens.

First, Ukraine is officially designated as a “strategic partner” of the United States. It voluntarily eliminated its nuclear arsenal in accordance with US wishes. Its forces have participated alongside US forces in peacekeeping efforts in Iraq and Afghanistan, and it participates in joint training exercises with the US military.

Russia, by contrast, regularly menaces the US border with its fighter jets and US Navy vessels operating in international waters. Russia, too, has threatened to shoot down US warplanes operating in Syria. And, unlike Ukraine, it operates a vast network of spies operating in the United States and in NATO countries.

Trump’s tweet also misunderstands a fundamental difference between how power is exercised and how information flows in Ukraine and Russia. In Ukraine, pluralism prevails; there are independent and sometimes rival institutions and political players, and there is even tension within the political leadership. In Russia, Putin prevails. All major actions can only occur with the Russian president’s approval.

Before the US president issues another inaccurate tweet about this matter, he would be well-served to update himself on his knowledge of Ukraine. A short briefing from his national security advisor, his secretaries of state and defense, or the new US envoy on Ukraine Kurt Volker would be a good place to start.

Adrian Karatnycky is a senior fellow at the Atlantic Council and co-director of its Ukraine in Europe program.