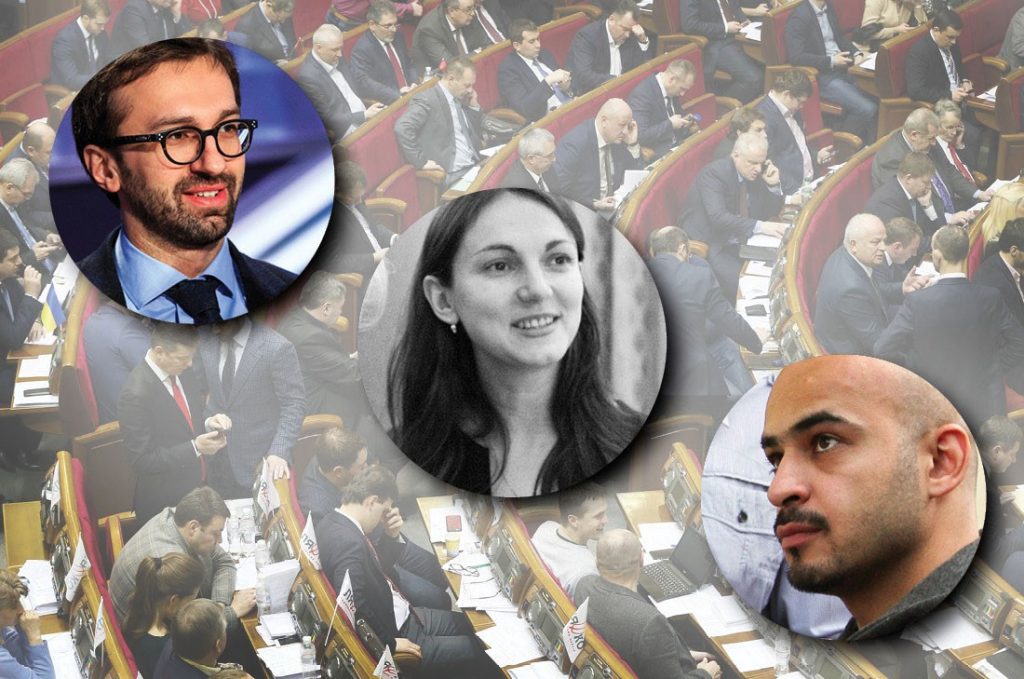 “A little patience, and we shall see the reign of witches pass over, their spells dissolve, and the people, recovering their true sight, restore their government to its true principles. . . . We must have patience till luck turns,” Thomas Jefferson wrote in 1798.

Ukraine’s Revolution of Dignity is now in its next phase and there’s much more work to be done. Fortunately, the reform movement has wind at its back in the form of unprecedented international support, a robust Ukrainian identity, and a relatively free and unfettered media. But the task is arduous and tedious.

“It has not been as fast as we hoped because we have to be realistic,” said reform parliamentarian Hanna Hopko. “The monopoly of power belongs to the old group.”

But gains have been made.

In a recent interview, veteran investigative journalist now parliamentarian Sergii Leshchenko ranked the progress. “On a scale of one to ten, Ukraine’s progress is about 6.5. I would rate President [Petro] Poroshenko’s efforts at 6.5, too.”

Leshchenko and twenty-six reformers, out of the Rada’s 455 members, have banded together loosely as “Euro-optimists.” These gutsy, bright, and articulate reformers are at the center of this post-revolutionary period. In interviews, they discussed the enormity of the task, their frustrations, and their abiding optimism.

“What makes me optimistic [in the long term] is the intolerance of corruption in Ukraine now,” said Leshchenko. “Society is ahead of the politicians.”

Recent polls show that Ukrainians want more anticorruption measures, and 76 percent believe the country is heading in the wrong direction.

“It’s very easy to be heroes in [the] Euromaidan and much more difficult to be heroes in parliament,” said journalist Mustafa Nayyem in an interview, also now a parliamentarian. “The country has moved in the right direction . . . Now there is an emerging feeling that we can do something. That’s why I’m optimistic.”

Some reforms have been enacted, notably a clean up of its crooked natural gas industry which has been the principal profit center for oligarchs and organized crime in Ukraine and Russia. Other improvements include procurement transparency, police reforms, military restructuring, and some tax reforms. But the work of parliament in the best circumstances is slow and even slower in Ukraine where vested interests stall or sabotage initiatives. For instance, a praise-worthy law on civil service reform had to be voted on twenty times before it passed and 1,300 amendments were added.

This year, however, the most important reform that must be tackled is cleaning up the country’s rotten legal system, which requires an amendment to the constitution. Until then, economic development will be stalled and a handful of oligarchic empires will continue strangling the country.

“We have to become a rule of law country,” said Hopko. “We hope this year we will amend the constitution. There is a working group with different political factions working to propose amendments and change the constitution to create a new judicial system, competition for judges, and independence from political influence. Now anticorruption institutions exist, but the courts can dismiss charges because it is still possible to ‘buy’ decisions in courts.”

Public opinion and the reform movement are aligned on this transformation. “Without clean courts, everything is useless,” said Nayyem.

To date, the government has removed two prosecutor generals and a prime minister because of public and media pressure. But swapping out office holders cannot replace true judicial reforms, although some have suggested that a snap election would result in a more reform-minded regime.

But new elections, without reform of the electoral process, is hazardous, say reformers.

“Who can guarantee that a newly elected parliament would be a better one?” said Hopko. “We can’t be certain of its higher professionalism, as there are no real political parties, the oligarchs continue to control the TV channels, populists are on the rise, and people’s apathy is growing due to disappointment and mistrust.”

President Petro Poroshenko has been reluctant to deliver major reforms quickly. Leshchenko said Poroshenko’s status as an oligarch himself represents a de facto “conflict of interest.” Poroshenko promised to divest his business interests, and has not, and has footdragged on other reforms such as election reform, cleaning out the judiciary, and removing parliamentary immunity.

“The conflict is that you are either a businessman or a state person,” said Leshchenko. “[Poroshenko] has not addressed this so far.”

Nayyem added that Poroshenko measures his success against the unacceptable behavior of previous presidents but should measure himself against ideal leadership values.

“We don’t want to compare him with those gangsters like [Viktor] Yanukovych, but to compare him with guys we wanted to have as president,” said Nayyem. “What we have now is very partial [reforms] and not sustainable. One hand is cutting privileges to oligarchs, and the other hand is giving them something.”

“The United States didn’t want to give us lethal defensive weapons because they were concerned it would exaggerate this conflict and provoke a bigger conflict,” said Nayyem. “Russia is supplying tanks and guns to separatists who are not recognized by any government. Why can’t we have weapons from our partners in the West? We are fighting against an army, not a few separatists.”

Ukrainians, impoverished and disenfranchised, have been working hard for two years to transform their nation into a mature democracy and economy. Volunteerism and activism proliferate as people are determined to seize the opportunities that were squandered after the 2004 Orange Revolution.

“There are no options to go back,” said Nayyem. “I don’t see myself as a journalist again. If responsible, we must go to the end. We have burned the bridge behind us. Civil society pressure grows and we must all work hard.”

Image: From left to right, Sergii Leshchenko, Hanna Hopko, and Mustafa Nayyem are members of Ukraine’s parliament and its coalition of “Euro-optimists.” Credit: Creative Commons/Jean Schindler