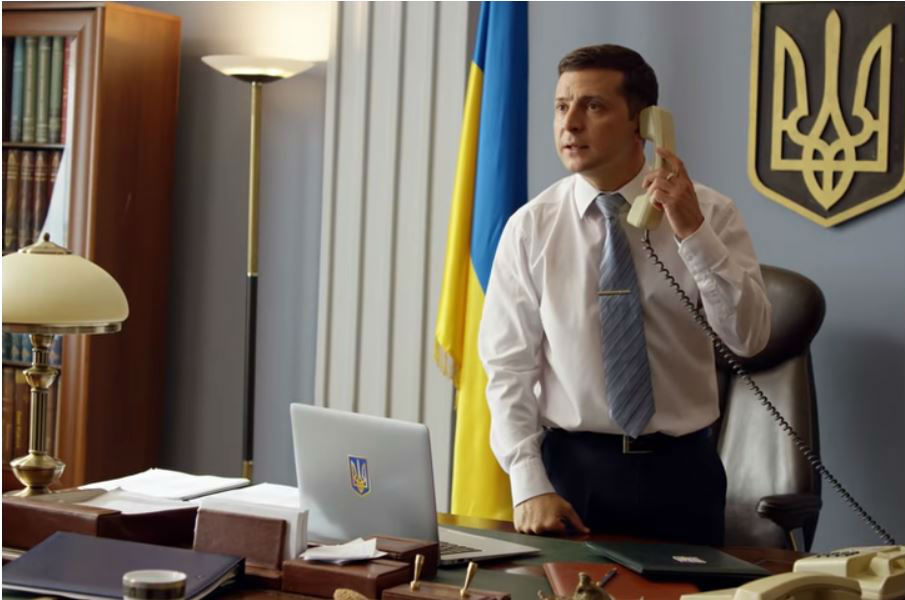 No one knows how the Ukrainian presidential election next March will play out, but it’s fair to say that election season has already begun. Polls paint a worrying picture for candidates.

Despite perfect name recognition, the frontrunner Yulia Tymoshenko has only 9 to 13 percent support, according to recent polls (Rating, SOCIS, and Democratic Initiatives). Other candidates, including the incumbent president, are in a tight cluster, suggesting they all have a fair chance of making the second round since no one is expected to win outright.

Past elections showed that sitting presidents, other than Leonid Kuchma, haven’t benefited from the power of incumbency. Poroshenko may be nervous and trying to undermine his main challenger former Defense Minister Anatoliy Gritsenko through a new special investigative commission charged with looking into embezzlement in the armed forces from 2004 to 2017 (Gritsenko was minister from 2005 to 2007).

The current polls are an anomaly given that voters typically favor two strong candidates whose support is based on geography: the east votes for a pro-Russian candidate, and the west backs a pro-Western one. But this dynamic seems to be changing. Public trust in the old guard is currently so low that more than a third of voters are undecided, 11 percent would vote for another candidate, and almost 14 percent are leaning toward unconventional choices: 7 percent favor rock star Svyatoslav Vakarchuk and and 6.6 percent back comedian Volodymyr Zelenskiy.

The public clearly wants new leaders who are honest and patriotic, so Ukrainians are considering outsiders like Vakarchuk and Zelenskiy. These two have the highest trust ratings (30 percent each) among all politicians. The only wrinkle is that they aren’t politicians and haven’t declared their intentions to run for president.

This sentiment is not completely surprising. For many years, Vakarchuk has wanted to change the country for the better and enjoys nationwide recognition and appeal. Zelenskiy, meanwhile, gained attention with his clever comic TV series “Servant of the People,” where he plays an honest history teacher who becomes president after his student posts a video of him lashing out at corrupt politicians. Once in office, though, he finds that tackling corruption in the highest ranks of government is a daunting task because the system is completely rotten. For copyright reasons, Zelenskiy registered his show as a political party, which now has 5 percent support.

The national quest for honest leadership might not be answered by Vakarchuk and Zelenskiy. Neither has announced, and insiders say that Vakarchuk is wavering. And even if they do enter the race, their approval ratings would likely drop; voters would begin to scrutinize them on the soundness of their plans and their teams, rather than simple name recognition.

There are several explanations for Vakarchuk’s and Zelenskiy’s high public support. One theory is that Bankova is using the spoiler technique to take votes away from the opposition. Another interpretation provided by Irina Bekeshkina, director of the Ilko Kucheriv Democratic Initiatives Foundation, is that the Vakarchuk and Zelenskiy effect are a public response to a demand for new faces in politics.

Some suspect that political strategists are stuffing new names into the polls to test the electorate. Strategists also know that Vakarchuk’s popularity can raise money, and they want to be a part of that honeypot. Hence, they may be the ones creating intrigue in the media, hoping this might help change his mind. There’s speculation that Vakarchuk will announce his candidacy at his Independence Day concert on August 24 at Kyiv Olympic Stadium.

Others believe that behind Vakarchuk and Zelenskiy stand competing oligarchs who are backing old guard candidates and are only using these two so that at a critical moment, they’ll campaign for and endorse their preferred candidates. Thus, Vakarchuk is said to have ties to Ukrainian oligarchs Mikhail Fridman and Viktor Pinchuk, while others adamantly deny that Vakarchuk has taken or will take any oligarch money. And Zelenskiy is believed to be sponsored by oligarch Ihor Kolomoysky, who owns 1+1 TV where Zelenskiy performs.

Political strategist Serhiy Gayday forecasts that Kolomoysky is likely to bet on Tymoshenko, and Zelenskiy will eventually throw his support to her. Vakarchuk could support Gritsenko, or he could endorse Samopomich head and Lviv Mayor Andriy Sadovyi. For now, Vakarchuk is tired of the speculation swirling around him and prefers to focus on what Ukraine should be instead of who heads a potential reform movement.

Another twist in the race has been the recent announcement of Ivo Bobul, a less popular singer. His entry is likely aimed at pulling support away from Vakarchuk and Zelenskiy, which may turn the race into a mockery and confuse voters.

Ukrainians are clearly frustrated with the same old faces. The new politicians who emerged from the Revolution of Dignity, on the other hand, have low recognition, and it’s unclear what party structure they’ll join in advance of the elections. Some are coalescing around Gritsenko, others are still loyal to Sadovyi, and a small group of parliamentarians and activists are trying to build momentum and potentially start a new party.

The demand for change is strong, but it’s too early to tell what impact it will have. The projections will become clearer when all of the candidates officially announce their participation and outline their programs. Meanwhile, the absence of clear frontrunners could create a breeding ground for populism, which is the last thing Ukraine needs.