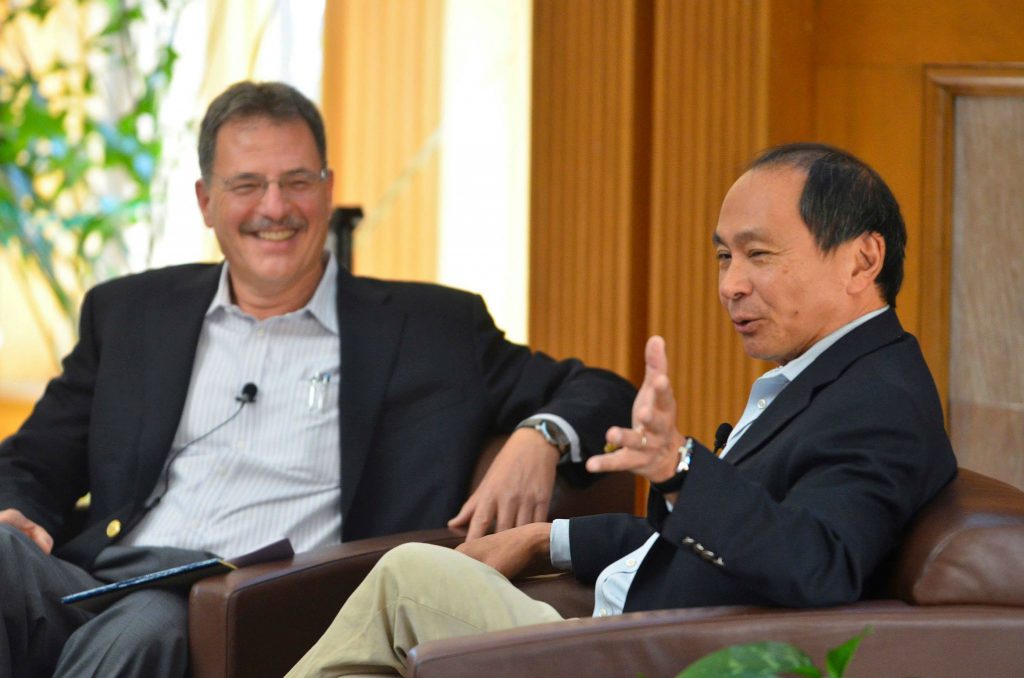 The impact one can have on building institutions like the modern state, the rule of law, and democracy is limited. The area where it’s easiest is the third category, building democracy. The first two, building the modern state and building a real rule of law, are much harder, and those are the areas that have been the real obstacles to the modernization of the political systems of many countries, including Ukraine. The reason that those are particularly difficult is that they’re essentially about power. If you hold an election, the old guard can think we will win the election. We know how to run candidates, we can contest things, we can protect our interests. If you want to build a modern state, it’s a different task. If you want to have a rule of law that applies to powerful people in a society, that is much harder because one is basically forcing them to give up power.

A lot of the well-meaning efforts of outside donors and governments to influence that process has been quite disappointing, especially in the area of corruption, which is the area I have looked at most closely. Corruption exists because it’s not in the self-interest of existing elites to have things change. Elites like the status quo. Therefore, changing that system is a matter of power. It’s a matter of gaining power on the part of people that are not corrupt and want a modern system. One can help that along by creating the proper kinds of incentives; one can do things like create special prosecutors, anti-corruption courts, and the like, which Ukraine has been involved in. One can try to pay people better in the bureaucracy so that they’re not as tempted to take bribes. So there some short-term things in terms of people’s incentives.

But fundamentally good government is not simply this incentive structure. It’s also a matter of human capital. And this is why modernizing the state in so many countries has taken a long time, because it is basically an educational project. It’s a matter of the skills and knowledge and the level of education that’s carried around in the heads of the people that run the government or that come in to the government and that is a long-term project.

Every effective modern bureaucracy, in Britain, in France, in Germany, in the United States, in Japan, was also connected to a big educational project in which the educational system was renovated in order to provide a whole class of people that could enter the bureaucracy, that could go into politics, and would be able to govern the country. For example, the Stein-Hardenberg reforms in Prussia after their defeat by Napoleon was connected with Wilhelm von Humboldt’s reform of the German university system. The Trevelyan Northcote reforms in Britain were connected to reform of Oxford and Cambridge. The American progressive movement was built on the back of the Morrill Act creating a network of land-grant universities that trained agronomists and other people that could go into a much more professionalized American bureaucracy. This observation about the connection between education and state modernization has guided my understanding of what possible role I as a researcher could play in this process.

I have watched external donor organizations try to affect the short-term incentive structure in different countries. Empirically if one steps back from two decades of trying to fight corruption, one will see certain local victories, but in the aggregate, the results have been less than transformational. On the other hand, one thing we can do is help build a new generation of professional, modern people.

So, I have been going to Ukraine a lot. In addition to this Emerging Leaders Program, I have a program called The Leadership Academy for Development, which has been supported by the Center for International Private Enterprise, where we are training people to be policy reformers. We hope to build a network and a a new generation of reform-minded younger Ukrainians. And the single thing that makes me very optimistic every time I go there is that I meet a lot of young people that really do want a different kind of country. It is going to take a lot of time but when these people come into their own and run the country, it’s going to be a completely different place.

Last thing I will say is why this is important, why Ukraine. At Stanford, we receive lots of requests from different countries. As soon as Brazilians found there’s a Ukrainian Emerging Leaders Program, they said how about a Brazilian Emerging Leaders Program, and you know Brazil is an important country. Of course, it is, but Ukraine plays an outsized role in Europe as a whole. It’s both a symbol and also a geopolitical role that is much more important than other countries, other post-Soviet or post-communist countries. It has twice now made an effort to break with its Soviet past, with its authoritarian, kleptocratic neighbor. That neighbor does not want this to happen. The Russians understand fully well how important it is that Ukraine not succeed. Ukraine’s success, that it can be a democracy with real competition in politics, that it can clean up its act in terms of the way its governed, is really the critical battlefront in a global situation that in the last years has not looked good for democracy.

We have seen a huge amount of backsliding in Eastern Europe. The most disappointing things have been the fate of Hungary and Poland and the Czech Republic and Romania and a lot of other countries that still seem very much mired in corruption but also tempted by their own domestic forms of Putinism. And in that respect Ukraine is doing better because it still believes that Europe and the European Union and the idea that liberal democracy coupled to an open capitalist economy is still the wave of the future and the way to go.

In many ways, the way to counter Russia and Russia’s long-standing imperial ambitions is to make Ukraine succeed. That’s the single thing Western powers can do that’s going to make a big difference in Ukraine’s struggle.

Francis Fukuyama is Olivier Nomellini Senior Fellow at the Freeman Spogli Institute for International Studies (FSI) and the Mosbacher Director of FSI’s Center on Democracy, Development, and the Rule of Law at Stanford University. Editor’s note: This essay was a speech that Fukuyama gave at the Atlantic Council on April 18. It has been edited with the author’s permission. Atlantic Council intern Katherine Hewitt transcribed Fukuyama’s remarks.