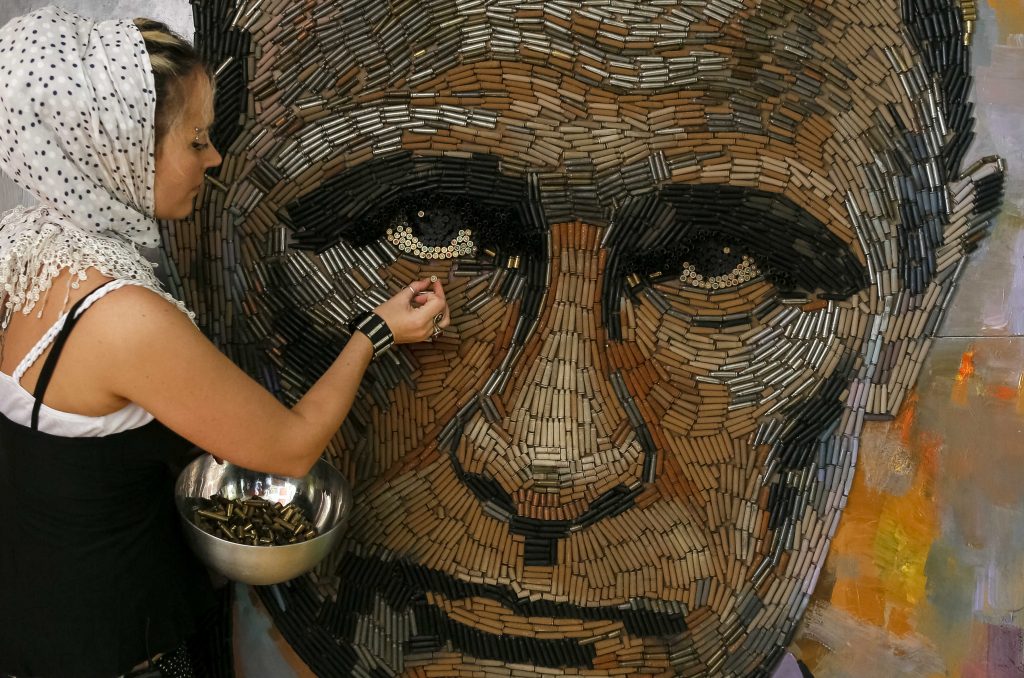 The Euromaidan and Russia’s annexation of Crimea have turned Ukraine into a popular media topic. But Russian President Vladimir Putin’s war against Ukraine has also led to a giant surge in academic and think tank publications about Ukraine, with more than three hundred published since 2014. These scholarly and expert analyses have taken five main approaches—four of which miss the key elements that have driven Putin’s aggression toward Ukraine.

Far left and right realists tend to blame the West for the crisis. They describe it as a civil war between Russian and Ukrainian speakers; believe Crimea was rightfully Russian; blame NATO, the EU, the United States, and democracy promotion efforts for provoking Putin; and advise Ukrainians to give up on European integration.

International relations scholars, in turn, focus on the geopolitical competition between the West and Russia and view Ukraine as an object of trade.

Security studies scholars have analyzed the Soviet and KGB origins of contemporary Russian rulers and view Putin’s regime as a “militocracy” run by security forces. They have written about the Chekist and KGB culture that permeates Putin’s system, which promotes anti-Western xenophobia and and requires “small glorious wars” to sustain it.

Russian military specialists have focused on Russia’s hybrid, information, and cyber warfare against Ukraine, Europe, and the United States. This group is critical of Putin’s plans to rebuild a new union and his expansionist and aggressive policies.

But only a small group has focused on Russian great power nationalism and national identity as driving factors in Putin’s war, despite the critical importance of these ideologies—and most of the members of this group are Ukraine specialists. The reason for this is clear: most of the experts who study the post-communist world are Russianists, and view the world from a Moscow-centric perspective.

Russianists have analyzed the war drawing on Moscow-centric frameworks and using sources of information from Russia. Few have traveled to Ukraine, especially eastern Ukraine and the frontline, and even fewer know the Ukrainian language. Ukraine is outside their comfort zone, and yet as “experts” on the entire former USSR, they believe they somehow understand Ukraine.

Russianists have published many excellent books dissecting Putin’s biography and how he thinks. But few of these books have focused on Russian great power nationalism and Russians’ view of Ukrainians, and therefore they have overlooked the most important driving force in the crisis. In that way, Russianists have fallen into the same trap as Sovietologists did in the late Soviet Union when they ignored the nationality question in the USSR and failed to predict the rapid demise of the Soviet empire.

Russian views of Ukraine are long-standing, have broad acceptance in Putin’s regime and even among the opposition, and will not change quickly. Russian great power nationalism and national identity view Ukraine and Ukrainians in four ways.

The first, as Putin tirelessly repeats, is that Russians and Ukrainians are one people. In this perspective, Ukrainians, like Belarusians, are branches of the Russian people and are part of the near abroad—a myth with origins in Joseph Stalin’s “friendship of peoples” in the second half of the 1930s. In this view, the rightful destiny for Ukrainians is within the Russian world, not Europe.

The second concept is that Russian identity is grounded in language and culture; as Putin told the NATO-Russia Council in Bucharest in April 2008, Russian speakers are Russians. Russian nationalist dissidents in the USSR, the well-known writer Alexander Solzhenitsyn, and Putin all believe that eastern and southern Ukraine—and not only Crimea—were wrongly included inside Ukraine by Soviet leader Vladimir Lenin.

Third, Ukraine is not a truly sovereign state; it is an artificial creation propped up domestically by Jewish-Ukrainian oligarchs and externally by the United States and EU. The influence of Soviet anti-Zionism (in reality it was always anti-Semitism) continues to be spewed by Russian proxies who claim that Euromaidan leaders have disguised their Jewishness. Putin and Russians believe that the Ukrainian people want to live in union with Russia but are prevented from doing so by these oligarchs and Western malfeasance.

Fourth, Putin and his fellow FSB officers were socialized into Soviet life during the “era of stagnation” that lay between the rule of Nikita Khrushchev and Mikhail Gorbachev. Their worldview was shaped by the myth of the Great Patriotic War and coincided with a new cult of Stalin. But Putin’s Stalin and Great Patriotic War cults directly clash with more than three decades of de-Stalinization that were begun in the Ukrainian diaspora in 1983 and moved to Soviet and then independent Ukraine. Today, a majority of Russians believe Stalin was a great leader, while a majority of Ukrainians believe he was a tyrant and view the 1933 holodomor as an act of genocide.

These underlying elements of Russian nationalism and national identity have shaped Putin’s thinking regarding Ukraine, and yet have been largely ignored by Western experts and policymakers. But without grasping the fundamentals of how Putin and his subordinates view neighboring countries like Ukraine, the international foreign policy community will never fully understand the war Russia has been waging in Ukraine since 2014, and why it will be with us for the foreseeable future.

Image: Ukrainian artist Dariya Marchenko works on a portrait of Russian President Vladimir Putin named "The Face of War" which is made out of 5,000 cartridges brought from the frontline in eastern Ukraine, in Kyiv, July 23, 2015. The portrait will be presented along with a novel which will tell personal stories of six people involved in this project including Daria's own story and stories of people who helped her to collect shells from the frontline. Daria Marchenko calls her art approach philosophic symbolism where every element has its hidden meaning. In her works cartridges mean human's life that was brutally ended. Picture taken July 23, 2015. REUTERS/Gleb Garanich