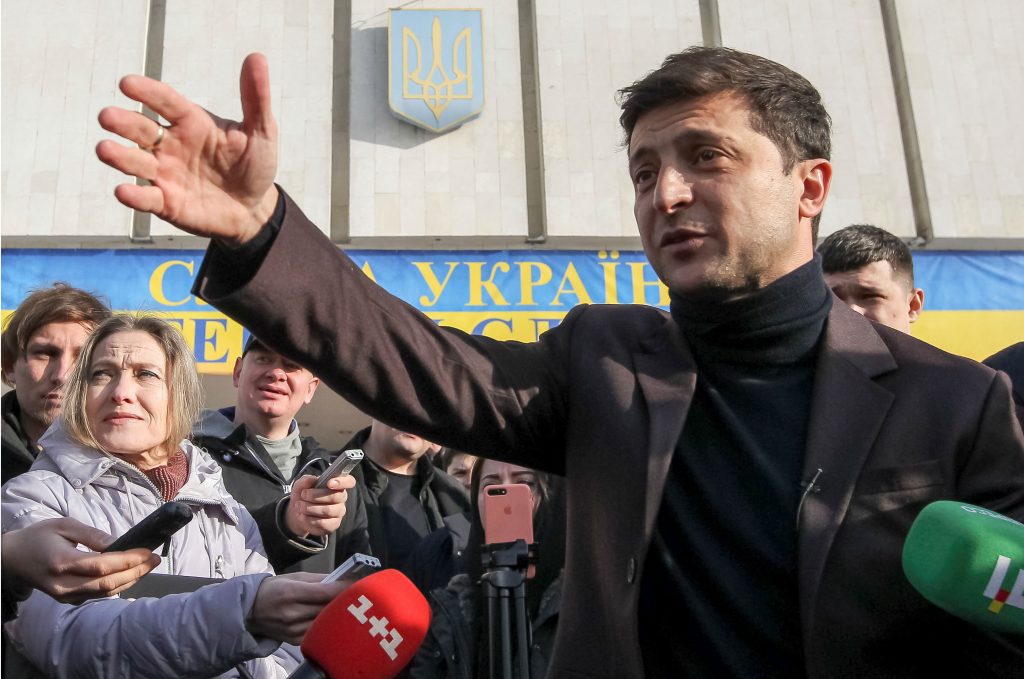 Ukraine’s presidential elections present a difficult choice for those who want to see the country of 44 million finish what it started in 2014. Sadly all reliable opinion polls indicate that experienced reform candidates have no chance of winning. Former Defense Minister Anatoliy Hrytsenko currently stands at around 8 percent and Lviv Mayor Andriy Sadovyi at 4 percent. It is highly unlikely that either will significantly increase their appeal in the coming six weeks.

Two candidates with long experience in Ukraine’s politics have a chance of making it through the first round: President Petro Poroshenko and former Prime Minister Yulia Tymoshenko. However, they have poor reform credentials.

It is true that on Poroshenko’s watch important reforms were implemented, but these were mostly economic in nature. It is also true that Poroshenko promised justice and a rule-of-law society after the Maidan Revolution and there he has failed spectacularly.

Poroshenko actively frustrated efforts to dismantle Ukraine’s oligarchic system by blocking real judicial reform, effective anticorruption measures, and electoral reform. Not one member of former President Yanukovych’s inner circle was convicted for plundering the country, hardly any of the stolen money was retrieved, and not one leading person responsible for the horrific Maidan killings was convicted. Tymoshenko will forever be associated with the questionable ways in which she amassed a huge fortune early in her career. The years when she was prime minister do not stand out for reforms.

Polls show that comedian Volodymyr Zelenskiy seems best placed to make it to the second round. It is easy to paint the man as a buffoon who has made millions by making fun of Ukraine’s political problems, as a naïve but well-meaning chap, or as an insincere schemer dancing to the tune of a leading oligarch.

A serious analysis of his record yields a different picture. His “Kvartal 95” shows have a long tradition of sharp and profound criticism of Ukraine’s utterly unfair political system, starting well before the Maidan. He has consistently criticized Russia’s aggression in Crimea and the Donbas and ridiculed Russian President Vladimir Putin.

Zelenskiy donated part of the money he earned in Russia to Ukrainians fighting in the Donbas, which led the Russian authorities to open a criminal case against him.

In his popular TV series “Servant of the People,” he and his team show a cunning understanding of how Ukraine’s corrupt system functions and of the fundamental ills facing the country. There is nothing naïve about the way they depict the wheelings and dealings of the mighty oligarchs and the plight of the poor.

It is also no exaggeration to say that Zelenskiy exudes deep patriotism. This clearly appears from the way he and his colleagues deal with the concerns of ordinary Ukrainians in their Kvartal 95 shows throughout the country. One only has to watch the reaction of the audience; young and old in all regions of Ukraine are moved to tears when Zelenskiy and his cast sing poignant songs like “Hold Me, Motherland“ or “I Don’t Understand, Papa.”

Zelenskiy’s critics see two problems with his potential presidency: his political inexperience and his alleged closeness to oligarch Ihor Kolomoiskyi. The first is undeniable.

But should his inexperience disqualify him outright? A committed inexperienced leader who assesses the condition of his country correctly will surround himself with a team of knowledgeable and experienced advisers.

Some stress that there are links between Kolomoiskyi and Zelenskiy because the comedian’s TV series is broadcast on the oligarch’s “1+1” channel.

His Kvartal 95 studio moved to that channel only after leaving the channel of another oligarch, Dmitry Firtash. All popular channels in Ukraine and most big companies are owned by oligarchs. Does everyone who works there have reproachable links with the oligarch-owners? Even if a link does exist, it would be hard to believe that Poroshenko and Tymoshenko don’t have these relationships either. For example, there’s a great deal of speculation that Kolomoiskyi is also betting on Tymoshenko and supporting her candidacy, but since everything is done in untraceable cash in Ukraine, it’s almost impossible to prove these relationships.

Ukraine’s major candidates recently sat down with some of the country’s leading anticorruption organizations and explained their views. Zelenskiy came out on top; he wants to cleanse the prosecutor’s office, reboot the organization that verifies public official’s income declarations, and take away the SBU’s anticorruption powers.

In contrast, Poroshenko hasn’t bothered to turn up and doesn’t talk about corruption very much on the campaign trail, and Tymoshenko will promise anything.

The choice for Ukrainian reformers is clear: the only chance to make Ukraine a country without a determining role for oligarchs, with truly democratic institutions and laws that apply to everyone would seem to lay in the election of Zelenskiy.

To increase his chances of winning, reformers should start to express and explain their support. This will also enable them to forge the necessary bonds of trust with the candidate and ensure that he will be able to choose experienced advisers when the time calls for it.

In the same vein, the European Union and the United States should start building contacts behind the scenes with the Zelenskiy campaign. A stable, prosperous, and democratic Ukraine is not only what Ukrainians have longed for, but it is also in the vital interest of the West.

Willem Aldershoff, former head of unit in the European Commission, is an international affairs analyst in Brussels.