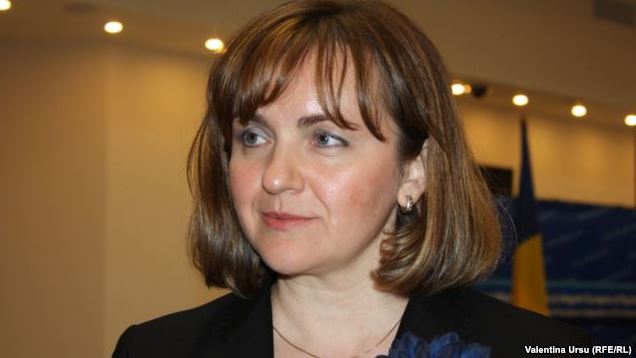 Foreign Minister and Europeanist Nataliya Gherman May Become Next Leader

Moldova’s political parties are deadlocked on forming a government, and the parliament has until next week (February 12) to either confirm Prime Minister Iurie Leanca in his post or find an alternative. But Leanca is sure of having only 42 of the 51 votes he needs to keep his job, Atlantic Council Senior Fellow Brian Mefford notes, and the country’s next leader could be Foreign Minister Nataliya Gherman, who has been serving as Leanca’s deputy since 2013.

Nine weeks after the three main pro-European parties narrowly won a majority in parliament elections, they have deadlocked over how to share government posts, leaving the country without a solid government as it struggles with economic crisis and pressures from Russia aimed at stopping its closer association with Europe. This gridlock is dangerous for Moldova and its hopes of joining Europe because voters clearly signaled in November that their patience is running out with the high unemployment, declining living standards and failure of the government to tackle corruption. That unhappiness is widening opportunities for Russia to build an anti-European political coalition in Moldova—and a failure of the pro-Europe movement in Moldova would strengthen Russia’s often-violent campaign to restore its dominance over Moldova, neighboring Ukraine, and much of Eastern Europe.

The obstacle to Leanca among three main pro-Europe groups, the Liberal Party, is unlikely to drop its opposition to Leanca, Mefford writes this week in his political blog. “Under Moldova’s constitution, there can be up to two votes to approve the premier and if both fail, then it forces new Parliamentary elections,” Mefford writes. “Speculation is already underway that Foreign Minister Nataliya Gherman would then be the compromise candidate for premier.”

Gherman, 45, is a committed Europeanist who earned a masters degree at London University and began a diplomatic career while her father Mircea Snegur, was Moldova’s president. She served as ambassador in Vienna and Stockholm, and speaks English, German and Russian, in addition to Moldovan. Gherman is, with Leanca, a member of the Liberal Democratic Party and has been Moldova’s chief negotiator in forging its Association Agreement with the European Union.

Now, Gherman could become her country’s leader as a compromise candidate who might attract a parliament majority by winning the additional needed votes from either the Communists or the Liberals. “The Liberals’ motivation would be that they cannot afford to vote against a strongly pro-EU prime minister candidate who shares 90 percent of their agenda,” according to Mefford. “The Communists’ motivation to vote for Gherman would be to avoid new elections, since the November … parliamentary election yielded the worst results for their party ever.”

In the background of the gridlock among Moldova’s pro-European parties is the argument over whether to give priority to a Moldovan relationship with the European Union or to accentuate the country’s historic, ethnic and linguistic tie to neighboring Romania. The Liberal Party, which is blocking Leanca, is led by Mihai Ghimpu, a politician who prioritizes Moldova’s Romanian ties. That inclination that has raised fears among Moldova’s ethnic minorities, a tension that has been used by Russia in its campaign to undermine Moldova’s Europeanists and create a pro-Russian government instead.

Amid the current struggle, Mefford notes this week that “The party that favors new elections and could benefit the most is the [Russian-backed] Socialist Party which surged from zero to twenty-five seats in Parliament – now the single largest faction. Last week the entire faction flew to Moscow to strategize about the future.”