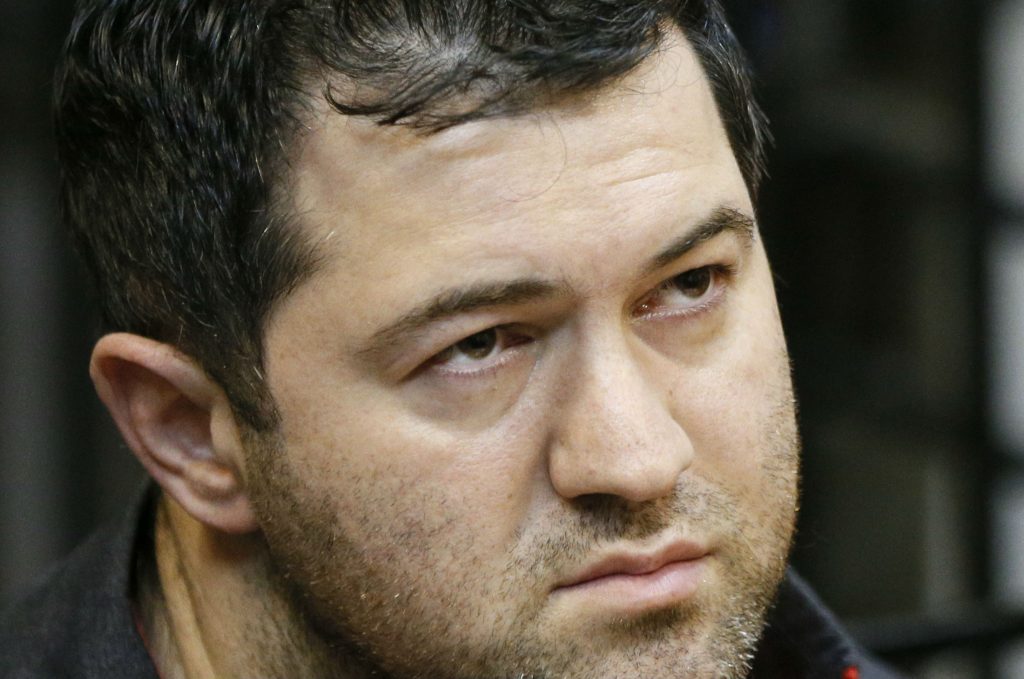 Head of Ukraine's tax and customs service Roman Nasirov, who is under investigation over the suspected embezzlement, attends a court hearing in Kyiv, Ukraine, March 6, 2017. REUTERS/Valentyn Ogirenko

On March 2, Roman Nasirov, the head of the State Fiscal Service of Ukraine, was arrested on abuse of office charges. The National Anti-Corruption Bureau of Ukraine (NABU) has accused Nasirov of fraud and embezzlement amounting to $74 million. The Nasirov case is Ukraine’s biggest test in the fight against corruption so far, and it’s a very big deal. Ukraine must get it right. In spite of lofty rhetoric and new anticorruption institutions, Ukraine hasn’t successfully prosecuted any high-level officials since the Euromaidan.

With Nasirov’s arrest, Ukraine’s new anticorruption institutions are finally showing progress in breaking the impunity of top officials. But every successful step forward intensifies the threats to these institutions and reveals just how much still needs to be done.

As an ally of President Petro Poroshenko, he previously served as the head of the parliamentary Committee on Taxation. Although Nasirov had been harshly criticized for corruption and pressuring business, neither the Minister of Finance, to whom he was formally subordinated, nor the Cabinet of Ministers had the authority to dismiss him.

Keeping Nasirov in detention may not seem like a huge success, when Ukraine is expected to deliver verdicts on corrupt officials and recover misappropriated public funds. However, taking into account the scope of the old system’s resistance to NABU’s efforts, and the fact that Nasirov—the owner of both British and Hungarian passports—did not flee the country, it is a step forward.

The opportunity for Nasirov to flee was very real. After NABU notified Nasirov of the charges (which he tried to avoid by hiding in a hospital and faking a heart attack), NABU put him under guard for seventy-two hours—the maximum term without judicial sanction—and requested a judicial warrant to detain him for two months. The court used all kinds of pretexts to delay a decision until the seventy-two hours were up. When it became obvious that there was a strategy to free Nasirov before the court had made a decision on his detention, hundreds of protestors descended on the courthouse, demanding that the court start the hearing on the detention request immediately. However, the public’s demand was ignored and NABU had to release the suspect. The only thing that prevented Nasirov from escaping was the crowd that stayed behind the court until the hearing started.

The court set bail at 100 million UAH ($3.7 million), although unprecedentedly high, is still too low for Nasirov, who declared 63 million UAH in savings and is reported to have undeclared wealth, including real estate in London.

As of March 14, however, Nasirov is in Kyiv’s Lukyanivske detention center. This week he appealed to a higher court and lost. A common approach of Ukraine’s judicial system in cases like this would be for the higher court to decrease the amount of bail for NABU suspects, or to cancel the detention warrant altogether. On March 13, the Kyiv Court of Appeals left the bail set at 100 million UAH in place.

What does Nasirov’s case say about reforms in Ukraine? The results of anticorruption reforms depend on the judiciary, which has proven its inability to consider a NABU case in an effective, fair, and politically impartial manner. The creation of an anticorruption court is urgently needed as a stop gap measure. Overall judicial reform may take another eight years, while a specialized anticorruption court may be launched in one year. Ukraine needs not just another institution, but a transparent, independent, and trustworthy selection process for future anticorruption judges. The only way to do this is for Ukraine’s international partners to nominate some members of the selection panel for anticorruption judges, which is an approach that was used to select the head of NABU.

Nasirov’s case also intensifies the political challenges to NABU, which is seen by the ruling elite as dangerously independent. As the yearly audit of NABU approaches, politicians will try to gain control over the auditors. An attempt to do just that already occurred several weeks ago, when the head of Poroshenko’s faction in the parliament offered to appoint then-unknown Nigel Brown instead of Robert Storch, who was recommended by the US Embassy in Kyiv. This attempt failed, but more attacks may be coming soon. Another opportunity to limit NABU’s independence is by targeting its exclusive jurisdiction over corruption-related crimes. Draft laws on this topic have been registered in the parliament and may appear on the parliamentary agenda very soon.

It’s up to Ukraine’s ruling elite to persuade the world of its commitment to target major political corruption. Although the Nasirov case may take years to bring to fruition, Ukraine can demonstrate this commitment now by establishing an anticorruption court and appointing independent NABU auditors.

Anastasia Krasnosilska is an advocacy officer at the Anti-Corruption Action Center in Ukraine.