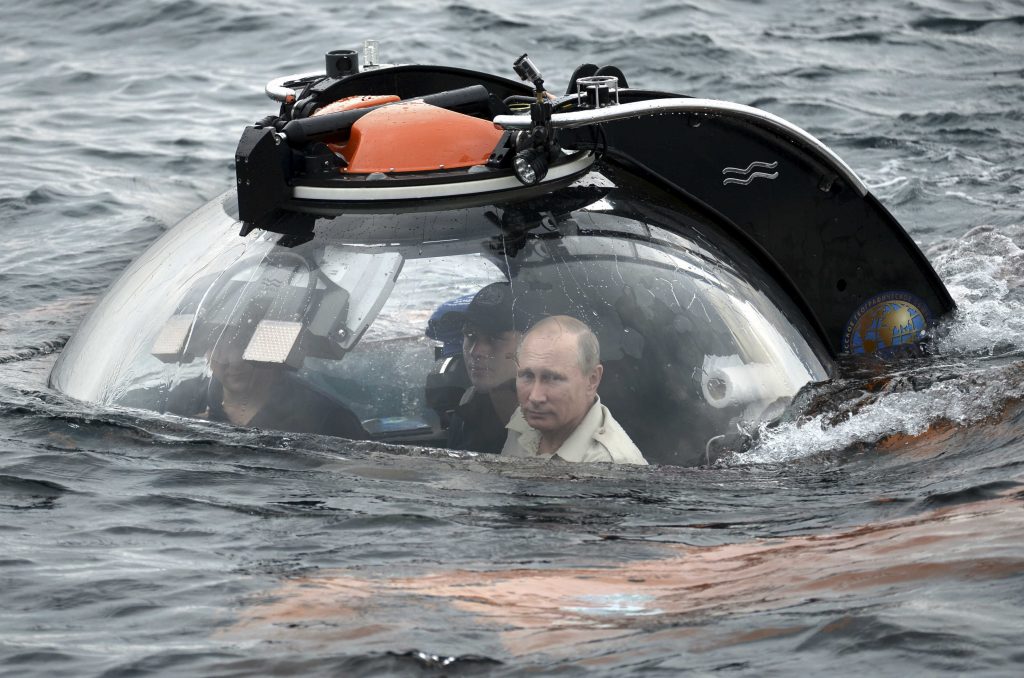 Russia’s worldview is conditioned by a conspiracy theory: the United States is out to get her. The trouble with this delusion is that Russia’s actions and policy decisions appear to be built on it. To understand and predict Russia’s behavior, Western policymakers need to grasp the fact that this delusion is real for Russia’s leadership.

The conspiracy theory has been set out many times by Russia’s current elite, but Kremlin Chief of Staff Sergei Ivanov gave it its pithiest airing in an interview with Komsomolskaya Pravda on October 24, 2014:

First [the Americans] tried to use the so-called ‘non-system opposition’ [i.e., parties which work outside the Kremlin-controlled political system] like a battering ram to, let’s say, bring down the moral authority of the state. It didn’t work. After that, even before events in Ukraine, we could clearly sense that our foreign policy course, and our domestic course too, didn’t suit those across the pond. They claimed that Russia had become too independent, disobedient, it dares to speak its mind. A massive information war started. And sometimes they even distorted the facts, saying white is black, and vice versa. They went so far that they even launched direct insults at the President.

Western analysts have, quite rationally, dismissed these absurd-sounding statements. The problem is that they are not just statements: they are embodied in Russia’s foreign policy and military doctrines, and appear to be motivating its actions.

Domestically, one clear example is the law stating that NGOs that receive foreign funding must register as “foreign agents.” Internationally, Russia is aggressively sponsoring the disinformation broadcasters RT and Sputnik—a policy which makes little sense in terms of Russian domestic politics, but is completely logical according to the Russian belief that it is already at war with the West.

The most common Western theory is that he did it to boost his flagging poll ratings. However, even for Putin, to launch the annexation of a neighbor’s territory just because his poll ratings had fallen to 48 percent a full four years before the next election seems like an extraordinary gamble. Why take over Crimea when he had already taken over all Russia’s main TV stations?

The simplest explanation is that Putin believes his own conspiracy theory. In that case, his thinking might have run thus: the United States wants to take over Russia. It staged the color revolutions in Georgia, Ukraine, and Kyrgyzstan. It then staged the Arab Spring in 2011. It tried to sponsor rebellion in Russia in 2012. It overthrew the Ukrainian government in 2013-14. It sent two warships into the Black Sea in February 2014. What could be easier than to conclude that it was all a plot to get the US Navy into Crimea, a clear and present threat to Russian security?

The chain of logic leading up to the annexation is clear; only the premise is wrong.

The question for the United States, and the West more broadly, is how to respond. Whatever the justification for Russia’s actions, they are aggressive, destabilizing, and (in some cases) illegal. As such, ignoring them is not an option. Instead, the policy response should be built on four planks: analysis, anticipation, reassurance, and restraint.

The first response must be to develop the West’s expertise on Russia through greatly increased analysis. In particular, this should focus on the correlation between Russia’s conspiracy narrative and its actions, and between external events apparently unrelated to Russia, such as the Arab Spring, and Russia’s military deployments and exercises.

The second response must be to learn to anticipate Russia’s actions (and overreactions) based on the calculus of conspiracy, rather than more rational considerations.

Imagine, for example, a pro-democracy revolution in Belarus. The West’s likely reaction would be to praise the rebels, call for calm, offer limited support in return for sweeping reforms, and sit back to watch. However, Russia would probably see the revolution as a US coup aimed at stationing US military hardware on Russia’s border; Western statements in favor of the revolution would be taken as confirmation. That would bring the real danger of an immediate Russian military intervention, designed to pre-empt the (nonexistent) American one.

Therefore, should any pro-democracy uprising happen in Russia’s neighborhood, it would be vital for the US to engage with Russian leadership from the outset, to make clear that military intervention by either party is off the table. Telling Russia to stay out would simply feed its delusion; only a message of “We’re staying out, so must you, too” would have any chance of success.

Third, the United States should continue to reassure its allies of its commitment to their defense, while doing what it can by way of transparency to reassure Russia that its intentions are purely defensive. This is, of course, a delicate balancing act, and may not always be possible. However, a dual-track approach offers the best chance of success.

Perhaps counterintuitively, the likelihood of a Russian overreaction is lower for US land deployments than for maritime ones. This is because Russia’s military doctrine sees the US’ precision strike capabilities as an existential threat. US tanks in Latvia cannot be seen as having long-range precision capability; US guided-missile cruisers in the maritime approaches to Russia might. In a similar vein, transparency regarding deployments to non-NATO countries would be more important than deployments to NATO ones. This is because, as Russia sees it, the worst has already happened with NATO states: they have already fallen into America’s clutches. Conversely, American deployments to NATO hopefuls such as Ukraine and Georgia would be taken as proof that the United States is trying to extend its steel rampart around yet more Russian territory, and be more likely to trigger an overreaction.

Finally, the West should exercise restraint in addressing Russia’s current campaign against it. That campaign is ongoing and has found supporters, especially among those far-left and far-right groups that share Russia’s conspiracy theory. However, the tools for dealing with such attacks are largely in place. There may well be a call to refine or reinforce specific aspects of them, but it would be unwise to go beyond them by contemplating any sort of counterattack. Any such move would only serve to reinforce the delusion of conspiracy. That would risk turning the situation into a spiral of paranoid overreaction which could escalate into all-out war.

There is little the West can do to cure Russia’s leadership of its collective delusion; the most it can do is limit the damage to itself. That means not falling into the trap of behaving like the aggressor Russia already believes it to be. After all, it would be a crowning tragedy if the Russian delusion of a world war for domination were to turn into a real one.

Ben Nimmo is a British-based analyst of Russian information warfare and strategy. He formerly worked as a press officer at NATO and as a journalist in Brussels and the Baltic States, specializing in NATO and EU issues.

Image: Russian President Vladimir Putin (R) looks through a window of a research bathyscaphe while submerging into the waters of the Black Sea as he takes part in an expedition near Sevastopol, Crimea, August 18, 2015. REUTERS/Alexei Nikolsky/RIA Novosti/Kremlin