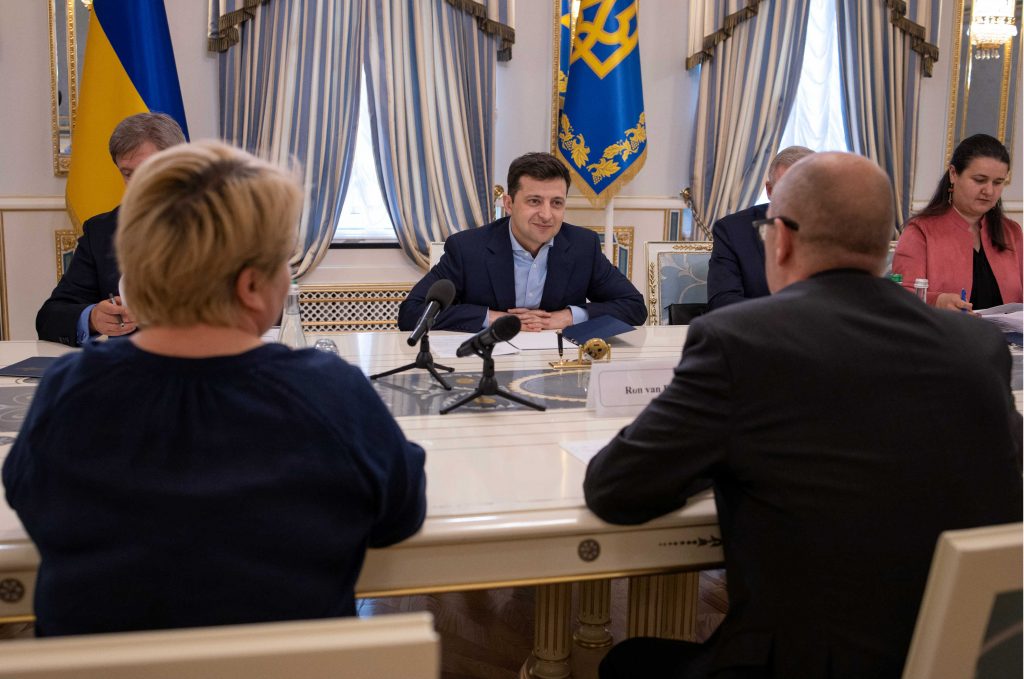 Volodymyr Zelenskiy may be popular among Ukrainians, but he is getting the cold shoulder from its political elite. Ukraine’s new president has few friends in the parliament and government. Within days of taking office, Zelenskiy suffered a defeat in the Rada as the parliament has not considered his bill for a new electoral law. The Rada didn’t have the votes to put the president’s bill on the agenda, despite Zelenskiy claim that the bill was the result of a compromise among parliamentary factions. The government met Zelenskiy with a wave of resignations, most notably from Prime Minister Groisman, who tendered his resignation and announced plans to run for the parliament. But without support from the Rada and the government, Zelenskiy has no leverage to push his policy agenda through. Zelenskiy needs quick wins to point to before the parliamentary elections, especially given his lack of experience.

The disarray among Ukraine’s political elite seems to have one important exception: economic experts continue to hold the fort. Central Bank Governor Yakiv Smolii and Finance Minister Oksana Markarova both vowed to continue their policies, which have helped stabilize the economy following the 2014 crisis fueled by Russia’s aggression. The macrostablizaion course implemented in line with IMF advice emphasized securing the independence of the Central Bank and adhering to tight monetary and fiscal policies. This has resulted in lower inflation and a relatively stable exchange rate, and enabled GDP growth and made Ukraine eligible for international lending.

Maintaining this course is extremely important and the way in which Ukraine’s new president chooses his economic policies will define the success of his other policies. Zelenskiy’s stance toward the IMF is even more important as it will be indicative of his independence from oligarch Ihor Kolomoisky, who gave the new president plenty of media coverage during the campaign (Kolomoisky owns the important 1+1 channel.) Kolomoisky, a vehement critic of the IMF, has called the program an “experiment on the people” and suggested that defaulting would be beneficial for Ukraine. Most experts consider this advice heretical and dangerous.

Today Zelenskiy confirmed his support for the IMF program, but has offered no details. He also appointed former Finance Minister Oleksandr Danylyuk to represent him in negotiations with the IMF, which is an encouraging sign since Danylyuk previously negotiated with the IMF and opposed Kolomoisky during the nationalization of the oligarch’s troubled PrivatBank. Still, it would be unrealistic to expect any progress from Zelenskiy’s on economic reforms if the political standoff continues. In Ukraine’s parliamentary-presidential system, the president proposes a candidate for the prime minister position to the Rada based on consultations with the governing coalition. Thus, without a parliamentary coalition in place, the president cannot start the process of forming a new government. If the current prime minister does not constructively cooperate with the new president, early parliamentary elections, which Zelenskiy announced, can offer a faster route to end the political turbulence and provide a chance to restart reforms.

What should Zelenskiy do in the meantime? Engage the international and business communities now to prepare for the period right after the elections. The new president, who won on the promise of change, can take advantage of a rare chance for Ukraine to push through reforms, which have been blocked by vested interests since at least 2016. Establishing the rule of law, finalizing the anti-corruption framework, reinstalling the criminalization of illicit enrichment, opening land market, fully liberalizing the energy market, and reforming state enterprises are among the most important steps which would reassure investors and boost economic growth.

Ukraine needs to move fast on these reforms in order to secure additional IMF disbursements this fall. Large foreign debt repayments start to come due then and they may put a strain on the country’s currency reserves and fiscal balance.

Zelenskiy’s presidency may give country a much-needed boost to press forward with reforms. The most optimistic scenario is that some reforms which do not require parliamentary approval might start earlier, if Zelenskiy succeeds in establishing constructive cooperation with the current Cabinet of Ministers. However, if political turmoil continues and Zelenskiy is not able to deliver on his promise of change, his presidency may lead to a full-fledged economic crisis. Under a more pessimistic scenario, a decision by the Constitutional Court to uphold the request by MPs and cancel early elections would result in three more months of political uncertainty, delaying IMF assistance until later in the year. An absence of IMF support would be disastrous for Ukraine’s economy, disrupting other international programs, lowering investor trust, triggering a sell-off of domestic government bonds currently held by foreigners, worsening conditions for Eurobond placement, and, thus, increasing pressure on the NBU reserves and domestic currency. The stakes for the country are too high for political infighting to take center stage when public demand for change is too powerful to be ignored.

Image: President of Ukraine Volodymyr Zelenskiy attends a meeting with representatives of the International Monetary Fund in Kyiv, Ukraine May 28, 2019. Ukrainian Presidential Press Service/Handout via REUTERS