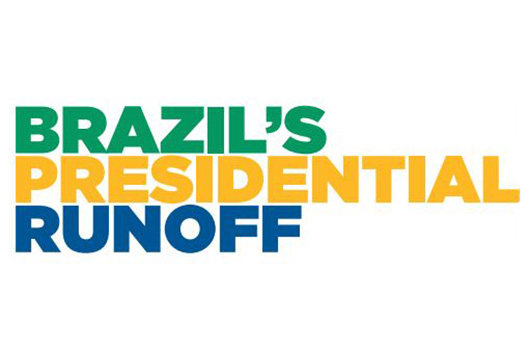 What Does Dilma Rousseff’s Victory Mean for Brazil’s Future?

Brazil’s 2014 presidential election was the tightest race since the 1989 contest between Fernando Collor de Mello and Luiz Inácio Lula da Silva. President Dilma Rousseff of the Workers’ Party (PT) and Governor Aécio Neves of the Brazilian Social Democracy Party (PSDB) had polled neck-and-neck throughout the second-round campaign. In the end, Rousseff secured a victory of 51.6 percent of the vote versus 48.4 percent for challenger Aécio Neves.

From now until President Rousseff takes office for her second term on January 1, 2015, three themes will dominate the agenda: the ability to govern (including overcoming corruption and impunity); economic adjustments; and social demands from the rising middle class and urban groups behind last year’s protests.

Dilma, a policy protégée of Lula, has seen enormous strain during the elections in her relationships with Lula and with the PT and its coalitions. The list of those disaffected and alienated by the president grew throughout the campaign. Dilma, with a history of relationship problems with advisers, Congress, Lula, the business sector, and social movements, now faces the difficult task of rebuilding the political foundation she inherited from Lula in 2010. This will be further complicated by the multi-billion dollar money laundering and bribery investigation that has rocked Petrobras, Brazil’s state-owned oil company, and threatens to implicate members of her government.

The newly reelected Dilma faces two possible paths forward. She may try to reestablish her alignment with the Lula circle. Alternatively, she could opt to insulate herself within an ever-tighter group of supporters. Given that she has already taken some steps to shake up her cabinet, Dilma appears more likely to follow the first path.

Perhaps Dilma’s most important move so far has been her decision to replace highly criticized Minister of Finance Guido Mantega, who has said he will step down in December. Mantega is heavily criticized for fiscal mismanagement, controlling economic indicators (i.e. inflation) for political cover, and a controversial energy policy— three of the government’s big political weaknesses. A new direction in the finance ministry would be widely seen as a signal of course correction.

Regaining the confidence and support of Lula, the PT and its allies, and the private sector will be Dilma’s main challenge. Without their support, the success of the next four years will be in doubt from the moment of her inauguration. Dilma has shown signs that she intends to reopen a dialogue with the social movements and business leaders critical of her during the campaign. Key business leaders even received an invitation to participate in important ministries in the new government, though none have been confirmed yet.

In Congress, including congressional representatives from parties that supported Dilma in the second round, she will have a base of about 267 deputies (52 percent) and fifty-three senators (58 percent). With such a slim majority, Dilma faces an uphill battle to advance her agenda: she will need to form broad coalitions to advance legislation at a time when allied parties are growing increasingly rebellious. She will be forced to engage in the political horse trading of ministerial posts and other government patronage to secure the support of smaller parties. Another major challenge will be maintaining the support of the Brazilian Democratic Movement Party (PMDB), the PT’s main ally, with party members divided on their support for the administration.

In the economic arena, Dilma’s main priority will be to resume economic growth while keeping inflationary pressures in check and without increasing taxes. In 2014, Dilma was forced to raise the basic interest rate (the SELIC) to 11 percent in the midst of the election year, given growing inflationary pressure and the inability to contain public spending. Despite this measure, inflation has reached the ceiling set by the government—6.5 percent annually—and is showing few signs of slowing down.

Working in Dilma’s favor is the potential for a strong expansion in infrastructure spending. The current government’s project portfolio and strong signals of private sector appetite for investment have created a new investment cycle estimated between $60 and $70 billion annually in the coming years. New projects will likely focus on urban mobility, railroads, ports, energy, and oil and gas. Though the current government was slow to implement an effective model for private sector participation, Dilma managed to begin this process at the end of 2013 and throughout 2014. If she continues down this course, a growth in investments can be expected with important multiplier effects in other industries.

Dilma will not be able to count on the political acumen of former Lula strategists such former Minister of Finance Antonio Palocci, Lula’s former Chief of Staff José Dirceu, former PT President José Genoíno, former Lula Adviser Gilberto Carvalho, and others to revive her agenda. Some of these individuals are in jail or on trial for allegations of corruption, and others have become political opponents.

In the current political environment, the administration may need to bring back figures such as Congressman Ricardo Berzoini, in addition to giving more ground to Minister Aloízio Mercadante (Dilma’s chief of staff), former Governor of Bahia Jacques Wagner, or Vice President Michel Temer of the PMDB. Berzoini and Wagner— experienced politicians and close allies of the PT and Lula—will lead the charge to bridge Dilma’s tattered political coalition both within Congress and with outside power groups.

Dilma has stated throughout the campaign that her government program for the next four years will be based on the same fundamentals and priorities as the current government. While there will likely be some policy adjustments, no major changes are expected. An important indicator of a new direction will be her choice for the next minister of finance. It is unlikely that Dilma will name a minister of finance who will substantially change course. Instead, the new minister’s ability to calm and persuade the market of the government’s economic management will determine whether Brazil’s economy rebounds during Dilma’s second term.

The indications so far point to Dilma naming a moderate heterodox to the job, or, in the words of a close economic adviser to Dilma, “a heterodox with strong concern for price stability.” One of the most talked about candidates right now is Nelson Barbosa, who is well-known for his ability to rebuild bridges. Barbosa is the most prominent economist from the PT. He has a strong track record with the private sector, the media, and certain factions of Congress, and carries a reputation for being more moderate than his predecessor.

A potentially more uncertain scenario will unfold if the president taps members from her personal circle—such as former Minister of Institutional Relations Ideli Salvati, Petrobras President Graça Foster, or Minister of the Treasury Arno Agustin—to fill key government roles. Although they have Dilma’s confidence, they lack substantial political experience and have been discredited in the public. Selecting these individuals would lead to political paralysis and diminish the administration’s capacity to govern effectively.

Although securing a politically adept cabinet will be one of Dilma’s immediate challenges, most of the administration’s short- and long-term battles will be fought in Brazil’s National Congress.

Unlike the federal election, which turned out to be the usual matchup between the PT and PSDB—both of which have taken turns governing since 1994—the legislative elections followed a less clear and coherent path. The already-fragmented Congress, with a term ending in December 2014, will be succeeded by a new and even more politically splintered legislature. The number of parties represented will increase from twenty-two to twenty-eight in 2015.

Such a mix of parties and interests will yield an increase in political contention. For example, an increase in career public servants and unusual suspects taking office such as Evangelicals, military police, and farmers will result in the formation of new caucuses and complicate the already diverse agendas in Congress.

The ability of political parties to be effective diminishes as political representation becomes more fragmented. In this context, the traditional challenge of structuring and maintaining majorities capable of executing coherent and efficient government programs becomes even more critical. This is a difficult context for any leader, but for Dilma, who has demonstrated little capacity to handle a diverse coalition, this scenario becomes particularly problematic.

After a long and tough election season, Dilma faces a difficult decision: she must either adjust policies and the decision-making process to placate a vocal and growing opposition, or ignore her narrow margin of victory and go on offense. The latter strategy would lead to isolation and dramatic confrontations.

Considering the PT’s recent history in power, Dilma is expected to opt for a reconciliation strategy. One of her earliest actions will likely be to resume a dialogue and start negotiations with key political and social actors across Brazil, potentially signaling a new era for her administration.

Ricardo Sennes joined the Atlantic Council’s Adrienne Arsht Latin America Center in May 2014 as the nonresident senior Brazil fellow. He is managing partner at Prospectiva, a public policy and international business consulting firm, and general coordinator of the Group of International Analysis (GACINT) at University of São Paulo.