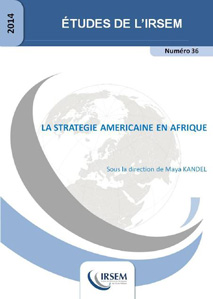 Pham, in his essay entitled “AFRICOM’s Evolution from Bush to Obama,” argues, “Under any circumstances, the birth of the new command would not have been easy. To many Africans with memories of liberation struggles still fresh in their minds, the very idea smacked of a neo-colonial effort to dominate the continent anew…To others who recall the cyclic nature of past U.S. engagements, it was a question of the long-term sustainability of the effort. Still others, noting the increased attention paid by U.S. analysts to the role in Africa being played by relative newcomers to the continent like China and India, worry about the possible polarization of the continent in some sort of new scramble between the great powers of the 21st century. To his credit, General Ward…allayed many of these concerns and laid the groundwork for General Ham and General Rodriguez, who have strengthened relationships with African partners to create a more operationally focused AFRICOM. The election of Barack Obama, an event which was met with genuine enthusiasm across the continent, likewise also helped. However, what has probably done the most to win AFRICOM a place and, indeed, at least grudging acceptance across Africa is perhaps the fact that African states and individuals discovered that it was not what they feared it to be, but rather it was both a continuation of already existent security engagements and the opportunity to enhance them in their own interests even as America pursued her own.”

Bruton, in the essay she co-wrote with Paul D. Williams entitled “The Hidden Costs of Outsourcing the ‘War on Terrorism’ in Africa,” writes “If the United States avoids the temptation to drag regional proxies into other countries’ wars, al Qaeda will have a much harder time convincing Africa’s rebels that their causes are part of the global jihad. In turn, the fight against terrorism in Africa will become easier to win.”

The study was published by the Institut de Recherche Stratégique de l’Ecole Militaire and edited by Maya Kandel.