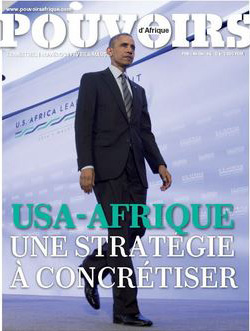 In the piece entitled “What Legacy will Barack Obama Leave in Africa?”, Pham writes, “With both U.S. political parties, Democratic and Republican, under pressure to demonstrate to the electorate ahead ofthe 2016 presidential election that they are capable of governing, rather than merely obstructing their opponents, there is demand for policy areas where genuine bipartisan consensus can be found and Africa has traditionally stood out as one of those exceptions where there has been broad continuity between administrations.”

“Barack Obama did not come into the White House promising the transformation of America’s relationship with Africa—the ‘change we can believe in’ slogan of his first presidential campaign referred to domestic concerns—but political dynamics at home as well as geopolitical and economic circumstances abroad are such it may well turn out that the opportunities on the continent provide him with one of the best chances for an achievable, realistic, and lasting foreign policy legacy for which to strive in his remaining time in office.”