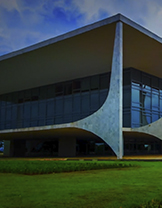 Brazil’s race for the next president is narrowing by the day. Of the fourteen candidates announced as of the beginning of August, five viable front-runners have emerged.

In this Spotlight, we ask: With Brazil’s presidential campaign set to officially kick off, what could an October win for one of the top contenders mean for political and economic reforms, foreign direct investment (FDI), and security?