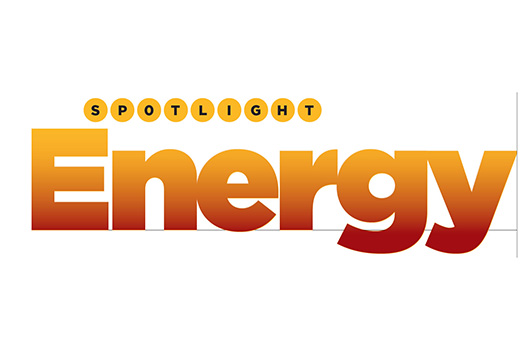 What do lower oil prices mean for Latin America’s energy potential in 2015 and beyond? Read five scenarios.

The decline of the global benchmark oil price from around $100 per barrel to under $50 per barrel over the last six months has jolted oil producing and consuming countries throughout the world, including in Latin America. During the last two decades’ commodities boom, oil and gas development was seen as one of the most exciting elements of Latin America’s economic rise. But is the region’s economic ascent at risk because of the current low price cycle? Or will the benefits of lower energy costs for industrial and residential consumers provide an economic boost?

The downward trend in oil prices is neither an entirely positive nor entirely negative chapter in Latin America’s development. Lower energy prices could help satiate the region’s growing electricity demand, but governments whose revenues have been reliant on much higher oil prices will have to adjust. These dynamics open up possibilities to identify new opportunities for long-term regional energy integration.

What do lower oil prices mean for the region’s energy potential in 2015 and beyond? The Atlantic Council’s Adrienne Arsht Latin America Center, in cooperation with the Council’s Global Energy Center, looks ahead to five scenarios tracking the new energy reality in the Western Hemisphere.

1. Lower prices offer benefits and opportunities to industrial and residential consumers as well as governments.

Latin American governments and energy consumers, like those across much of the world, are ready to reap significant gains from the lower fuel oil, diesel, and natural gas prices. The International Monetary Fund estimates that the world’s gross domestic product will rise between 0.3 and 0.7 percent in 2015 as a result of the oil price drop. Declining oil prices alleviate strains on government budgets with significant fuel subsidies and could even allow governments to begin carrying out targeted subsidy reforms.

2. Public and private investors will face new pressures in the road ahead, but lower prices could give some countries a comparative advantage in developing new resources.
The

low price cycle has caused oil and gas companies to pare back their planned capital expenditures, limiting the capital available to invest worldwide. But opportunities for growth exist in Latin American countries where policymakers have crafted durable investment regimes that are attractive to international oil companies (IOCs) even when prices are low.

Brazil’s oil and gas framework includes inflexible provisions requiring state-owned Petrobras to be the sole operator in Brazil’s pre-salt projects. Yet the company has already cut spending due to low oil prices, accelerating concern about its capacity to serve as the sole operator. Stringent local content rules, coupled with the high capital requirements needed for resource development, also make these projects less attractive for IOCs with today’s lower prices.

Colombia faces a similar scenario. There, companies have cut capital expenditures and already indicated plans to divert capital to countries with more attractive investment frameworks. This setback may mean declines in production and risks to a major source of export revenues.

Following its landmark energy reforms, Mexico is among the countries poised to enjoy a competitive advantage in the low price cycle. It will auction ample shallow water acreage this year where the size of the resource is well known, capital investment requirements are manageable, and returns are more immediate. Companies may also find deepwater investment and longer term returns more palatable given the energy reforms’ more flexible investment framework. It allows the government to accept a lower take, which is the most significant factor in bid evaluation. Although Mexico has warned that the low price cycle may delay auctions for unconventional and other high-cost reserves, it is capable of holding well-subscribed bid rounds during the low price cycle.

3. Venezuela is the region’s largest red flag, threatening energy security for its closest neighbors.
The oil price collapse significantly hurts Venezuela, which faces severe macroeconomic problems stemming from years of mismanagement. These circumstances also threaten oil importers in the Caribbean and Central America, several of which are heavily reliant on crude oil and petroleum products provided by Venezuela with preferential financing through the Petrocaribe oil alliance.

By the end of 2014, oil revenue for state-owned Petróleos de Venezuela, S.A. (PDVSA) had fallen 40 percent. This is of great concern for a country where oil revenue represents 95 percent of export earnings. As Caracas deploys the army to police grocery stores lacking basic goods, the government’s financial problems spell trouble for neighboring countries that rely on Petrocaribe to meet energy demands. Despite President Nicolás Maduro’s promises, the possible reduction in Petrocaribe transfers in 2015 may precipitate a fiscal crisis in the Caribbean and Central America, as countries will be forced to roll over decreasing shares of high energy costs into long-term debt to Venezuela.

The international financial institutions, together with the United States, must work with Petrocaribe-dependent countries to offset the alliance’s decline. One good solution would be to offer continued credit support for oil purchases in exchange for recipient state commitments to transition away from oil to natural gas and renewables. Vice President Joe Biden’s January 26 Caribbean Energy Security Summit was a continuing step in the right direction, but without a sustained focus on the next chapter for the Caribbean, the United States could soon face a crisis off its shores.

As governments in major producing countries feel the heat in this price climate, cumbersome state-owned companies are enduring difficult prospects. Low investor confidence has delayed PDVSA’s expansion into its Orinoco Belt (Venezuela’s last frontier) in which the state-run company maintains a significant majority stake. As mentioned, Petrobras’ sole operatorship in Brazil intensifies its burden during the slowdown. The company also faces a widening corruption scandal and significant cash flow problems, with the result of increasing problems accessing global financial markets.

Risks surrounding Mexico’s PEMEX are less acute but still noteworthy. PEMEX has long been a significant source of revenue for the Mexican state. The energy reforms aim to transition PEMEX into a “state-owned productive enterprise” with more budgetary autonomy. Yet this month the Mexican government, facing finance pressure from the low price cycle, withdrew $4.3 billion from PEMEX. This reduced its cash holdings to a twelve-year low. Although it maintains that it will have plenty of cash to partner with the private sector during the reforms’ implementation, the government’s continued dependence on the company’s revenue remains a risk.

5. Energy integration may take on renewed importance at multilateral meetings as leaders seek to prepare the hemisphere for the inevitable future rise in oil prices.

Energy integration in the Western Hemisphere has a way of moving to the back burner when oil prices are low. But 2015 is the best time for regional leaders to examine how building integrated capacity will ultimately reinforce the region’s economic strength. The North American Leaders’ Summit later this year should include a thorough assessment of existing efforts to promote closer energy integration among the United States, Mexico, and Canada while also expanding the scope of such work. Additional cooperation will require more information sharing and collaboration on infrastructure improvements.

Even with cheap oil, the Americas cannot afford to forget about the need to move to alternative energy. For cleaner and renewable sources to grow their market share, government, private sector, and civil society stakeholders must engage on how to create new policy incentives and enact necessary regulatory reforms to facilitate greater investment.

The January 26 Caribbean Energy Security Summit was a promising sign that multilateral collaboration between Caribbean states, the United States, international financial institutions, and the private sector is feasible to ensure energy security in the region. Mexico will host the annual Clean Energy Ministerial (CEM), a high-level global forum among larger economies that seeks to improve energy efficiency worldwide, enhance clean energy supply, and expand clean energy access. The Energy and Climate Partnership of the Americas is set to hold its second ministerial meeting in 2015. Its multidimensional approach promotes positive public-private partnership. Greater cross-sector collaboration will be vital to prepare for the next upswing in oil prices and for a century with cleaner, more efficient energy sources throughout the hemisphere.

Our Spotlight Series, produced by the Atlantic Council’s Adrienne Arsht Latin America Center, provides a critical look ahead at issues for Latin America and beyond.