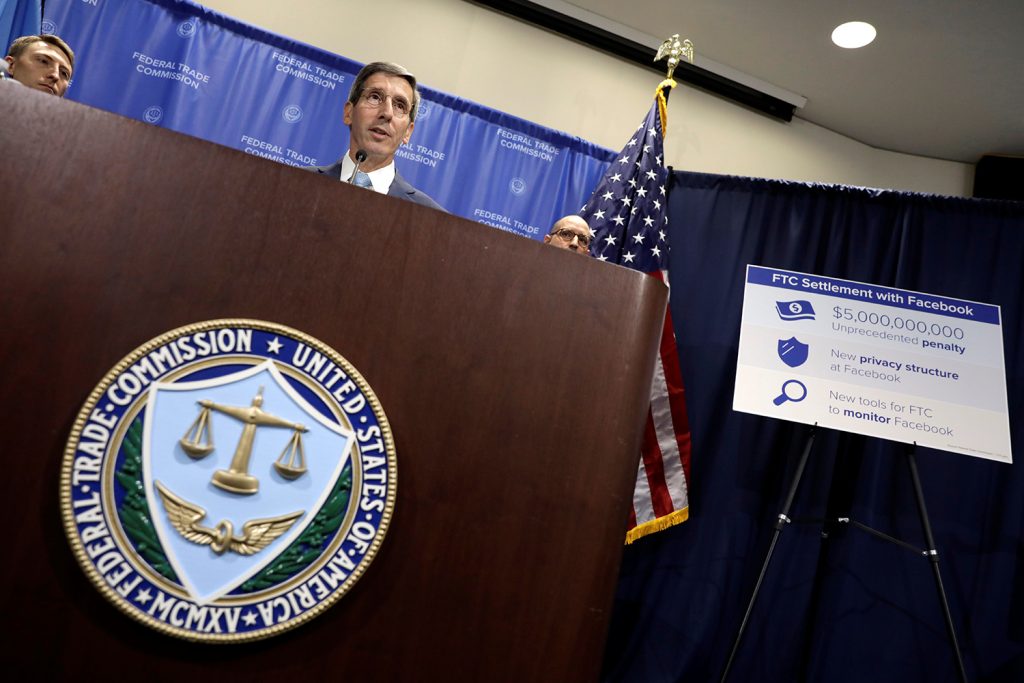 Since their creation, antitrust laws have had the same basic objective: to protect consumer welfare. Triggered by the industrial revolution, the United States Congress created antitrust laws to combat newly developed threats to consumer welfare. In 1890, the Sherman Act restricted behaviors and practices considered harmful to competition and in 1914 the Federal Trade Commission Act established the Federal Trade Commission (FTC) and the Clayton Act addressed the shortcomings of the Sherman Act. Their purpose was to protect consumers by conserving market competition. These longstanding laws, however, are inadequate to protect consumers against the threats of the emerging digital revolution. As technology permeates virtually every aspect of society, antitrust legislation must adapt to account for the digital threats to consumer welfare.

Many tech companies own extensive personal consumer information. Often unbeknownst to the consumer, some tech companies sell this data to other firms so that they can cater unique ads or suggestions to individual consumers. This violation of privacy falls squarely into the purview of antitrust, since data privacy is key to consumer welfare in the digital era. Though individual states are beginning to implement laws, there are no current federal regulations for misuse of private user data. This vulnerability suggests certain aspects of antitrust are outdated and require adjustments to account for the digital age.

The digital revolution is also changing the dynamics of modern market economies. In turn, digital platforms’ business practices can threaten consumers’ welfare without violating current antitrust regulations. In an in-depth study of Amazon, Lina Khan—an antitrust and competition lawyer at Yale University—notes that online markets create incentives for companies to pursue growth over profits. These motivations make predatory pricing a rational practice for a company like Amazon, and highlight a critical shortcoming of the established regulations. The current doctrine relies on assumptions about what incentivizes a firm. As incentives change, assumptions become erroneous and components of their subsequent regulations become obsolete.

The very definition of “consumer welfare” has also hampered the effort to apply antitrust regulation to the digital market. Lawyers have capitalized on the lack of an explicit definition of “consumer welfare” and have successfully argued that despite potentially anti-competitive practices, consumer welfare is not threatened if quasi monopolies continue to offer low prices. When Amazon acquired Whole Foods, the grocery giant was able to lower prices—sometimes even below market price. While consumers often view this as a benefit, the face-value does not account for longer-term negative impacts on innovation in the retail and food selling markets, or the market power accumulated by the companies in the process.

Escalating concerns about aggregating market power, especially by four of the largest global tech firms, have forced the Department of Justice (DOJ) and the FTC to take a harder look at anti-competitive practices. In the last decade, Amazon acquired Whole Foods and Zappos, Facebook bought out WhatsApp and Instagram, and Apple purchased Beats, Anobit, and Shazam, spending a combined $51+ billion on acquisitions. Google alone acquired YouTube, Motorola, Waze, and Fitbit, spending $29+ billion. Mounting concerns have led to an ongoing DOJ investigation into Google’s $2.1 billion acquisition of Fitbit for possible antitrust issues. Consumers are often unaware of these mergers because the parent companies continue to market the platforms separately. These giants are working diligently not to exploit market power in the eyes of the consumer—by making sure to keep prices down. Nonetheless, the threat persists and calls for additional regulation to protect consumers are growing louder.

Thus far, the European Union has outpaced the United States in antitrust regulation. Google has faced three fines from the EU since 2017 for antitrust violations in the online advertising market, totaling roughly €8.2 billion ($9.3 billion). Since the EU’s new General Data Protection Regulation (GDPR) rules took effect last year, Facebook has been subject to probes from competition and data protection authorities and the EU announced an investigation into possible anti-competitive conduct by Amazon. In recent years, however, US agencies responsible for enforcing antitrust law have been criticized for a lack of regulation, especially against tech giants. To date, there are no US federal privacy laws on the books, often leading to self-regulation among tech companies. “Agencies should be far more rigorous in going back and looking at the competitive risks of mergers they allowed,” says a former attorney at the DOJ’s antitrust division. “You’ve basically got a weather person who never goes outside to see whether their prediction is correct.”

Reacting to the mounting criticism for a lack of regulation, the FTC launched a series of twelve hearings in September 2018 on “Competition and Consumer Protection in the 21st Century.” Each meeting focused on a different aspect of antitrust concerns, with the objective of determining the need to update the laws and enforcement priorities or policies. The FTC released their findings in 2019, expressing concern over anti-competitive behavior exhibited in the digital industry. This led to the formation of a Technology Task Force that sounded the alarm about acquisitions of nascent or potential competitors by digital platforms. In the summer of 2019, the FTC and the DOJ announced investigations into Google, Apple, Facebook, and Amazon. Little information about the investigations’ progress has been made public.

As the agencies determine whether these big tech companies are in violation of current antitrust laws, some initial steps to protect consumer’s privacy and welfare can be taken. Tightening regulations and clarifying what consumer welfare means is the first step. The long-run, however, and the magnitude of the challenge suggests an adequate solution must be on a larger scale, perhaps an amendment to include new forms of consumer protection, a new agency, or a new act—with a similar purpose to the Clayton Act—to specifically address the practices of digital platforms.

Emma Martinez Daniel is a research associate at a financial services start-up and a former intern of the Atlantic Council’s Global Business & Economics Program.