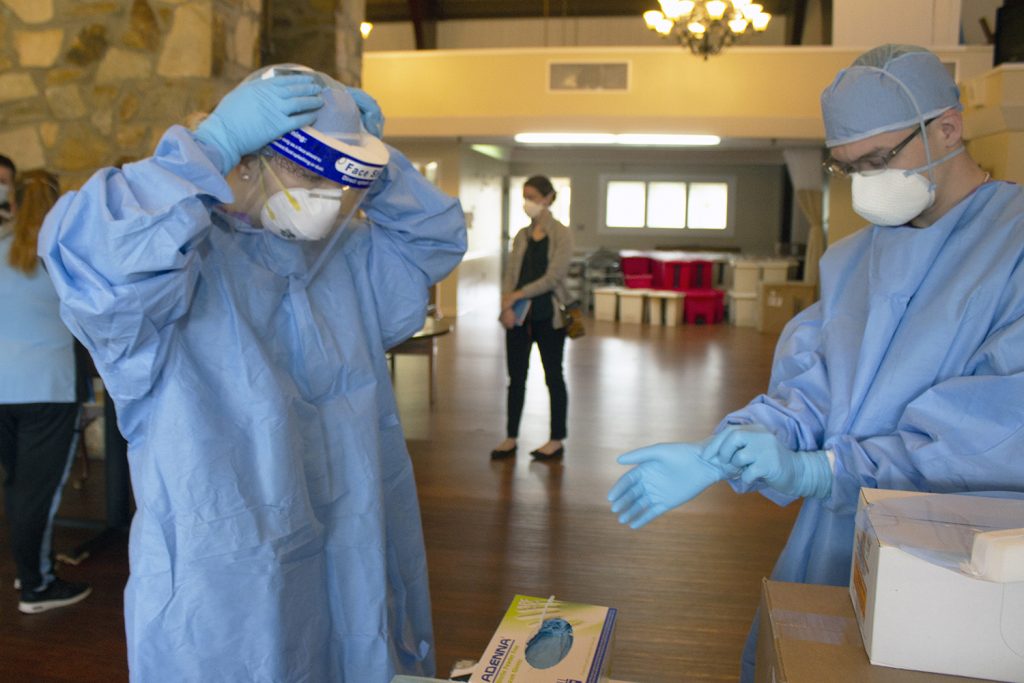 A Fifth Horseman of the Apocalypse threatens mankind. This rider brings with it Massive Acts of Disruption (MAD). This new MAD must be contained and prevented as nuclear Armageddon was under the Cold War MAD doctrine of Mutual Assured Destruction. COVID-19 is the deadly purveyor of the new MAD.

In my books, I have re-characterized the original Four Horsemen as Failed and Failing Government; Economic Despair, Disparity and Dislocation; Radical and Violent Ideologies; and Environmental Catastrophe. Now, a fifth rider joins the other four.

This pandemic is one of many disruptive and deadly dangers posed by the new MAD. Tragically and predictably, governments as well as international organizations were unprepared to cope with this new horseman. Ironically, it may have been no accident that the most disruptive president in American history took office on Jan. 20, 2017, presaging things to come.

MAD does have a beneficial side. The industrial and information revolutions were profoundly yet creatively disruptive. So, too, were the American and French Revolutions.

Human ingenuity, innovation, imagination, and inspiration are as unlimited as Einstein’s view of the universe: finite but unbounded. And revolutionary technologies from artificial intelligence and machine learning to quantum physics, 3-D printing and genome research are creating more new knowledge on a routine basis than existed throughout all prior history.

The challenge is corralling the dangerous sides of the new MAD while exploiting the potential of positive disruption. Several factors differentiate the new from the old MAD. An explosive synergy between and among major disruptors to include coronavirus, climate change, cyberterror, and exploding debt has been created.

Any one of these disruptors can and will exacerbate, catalyze, or create others and vice versa. In this pandemic, for example, “social distancing” will surely lead to increased virtual online recruitment of followers to terrorist and violent extremist groups by virtue of self-quarantine and more time spent on the internet. A spike in cybercrimes is also noticeable.

Even if the coronavirus were to disappear magically, which it will not, this pandemic is a final warning to governments that no longer can be safely or prudently ignored or disregarded. Ironically, the more interdependent, integrated, and linked states become, the greater are the vulnerabilities and frailties, many of which were unintended consequences of globalization and the diffusion of all forms of power.

In haste to deal with the deadlier sides of MAD, disregarding the beneficial potential aspects would be derelict. Channeling MAD to improve the human condition will require new intellectual, conceptual, political, and practical approaches. But what about possibly even greater disruptors? Conflict, war, or crime will not disappear. Nor will traditional threats recede.

Imagine massive cyberattacks that cripple electrical grids, financial networks, and businesses or that steal your identity and bank accounts. Imagine climate change that induces even more devastating acts of nature with massive droughts, floods, fires, and storms that incapacitate cities and even regions.

Further, imagine how massive forced migration creates tens or hundreds of millions of refugees and displaced persons with nowhere to find refuge leading to unprecedented humanitarian crises. And imagine how massive acts of terror far worse than September 11, possibly using nuclear, biological, chemical, and cyber weapons, will disrupt our ways of life.

Finally, exploding debt essential to keeping a wounded economy alive at some stage must be confronted if it is not to become the ultimate disruptor.

Unfortunately, thus far, too many governments delayed in deriving coherent and comprehensive strategies for containing and mitigating this pandemic and for dealing with the new MAD. This critique especially applies to democracies that are deeply polarized. In this time of ultra partisanship, this virus may well exact a greater toll on the political rather than public health, no matter whether coronavirus persists or dissipates for the short or long term, unless we choose otherwise.

Two further conclusions are important. To succeed, actions to bridge the huge and growing partisan political divides in America and between competing and even adversarial states are needed now.

Second, America has a global leadership role to play. If the United States cannot sustain that role, then without its leadership or with the emergence of so-called malign actors as de facto replacements, this planet and its inhabitants will remain at risk, possibly as grave as during the inter-war era, 1918-1941.

Harlan Ullman is UPI’s Arnaud deBorchgrave Distinguished Columnist. He is a senior adviser at the Atlantic Council and author of the upcoming book”The Fifth Horseman: The New MAD — Massive Acts of Destruction and the Threats of Corona, Climate, Cyber and Terror to Global Order.”