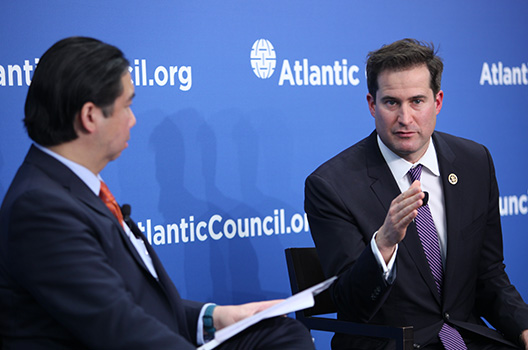 On February 2, the Atlantic Council hosted Congressman Seth Moulton (D-MA-6) for an “America’s Role in the World” address.

This event was part of the Atlantic Council’s Strategy Initiative and the Brent Scowcroft Center on International Security’s flagship series, “America’s Role in the World.” The Strategy Initiative seeks to encourage and support a more constructive and substantive public dialogue on US strategy in a complex and dynamic world.