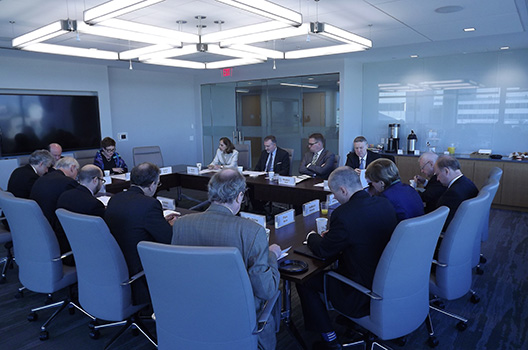 At a closed roundtable discussion on October 6, 2014, a small group of American, Russian, and European experts gathered at the Atlantic Council to brainstorm ways to redefine common security interests in the new European security environment. The discussion was led by Ellen Tauscher, vice chair of the Brent Scowcroft Center on International Security; Igor Ivanov, president of the Russian International Affairs Council (RIAC); and Ian Kearns, the director of the European Leadership Network.

The participants focused on how to best define common core interests given the deterioration of relations between Russia and the West. They discussed whether existing institutions such as the Organization for Security and Cooperation in Europe, the NATO-Russia Council, and the European Union are providing the necessary support to advance these shared interests. Participants agreed to continue working together to address differences in their approaches to European security. The leadership of the group committed to pursue the dialogue and to meet next in Brussels, in December 2014.