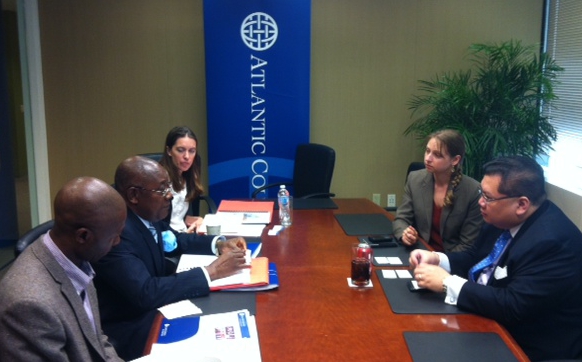 The Michael S. Ansari Africa Center hosted a visit today by a delegation from the Office of the President of the Republic of Sierra Leone, led by Professor V.E. Strasser-King, director of the Strategy and Policy Unit, and Caroline King, coordinator of policy benchmarking.

During the meeting with Ansari Center Director J. Peter Pham and Deputy Director Bronwyn Bruton, the participants explored the progress which the West African country has made since its civil war ended a decade ago and, specifically, discussed the reforms which the government of Sierra Leone has undertaken to encourage development and investments. Also discussed was Sierra Leone’s bid for threshold status with the Millennium Challenge Corporation.