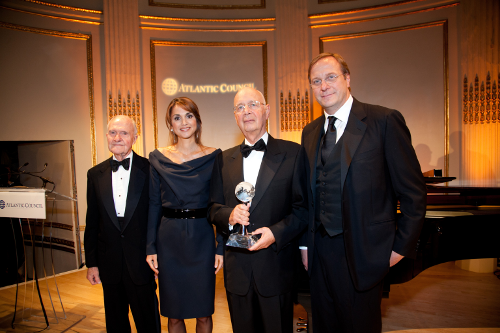 The Award Dinner highlighted the exceptional achievements of one of the more prominent global citizens and intellectual entrepreneurs of our time. Senior government officials, leading policy makers, corporate leaders and well-known artists – among them a great many friends of Klaus Schwab – were in attendance.

The program featured a debate among three CEOs about the global future, remarks by Professor Schwab and a special artistic performance by one of the most famous piano virtuosos Lang Lang.

For information about the World Economic Forum, its mission and meetings, please visit: www.weforum.org.