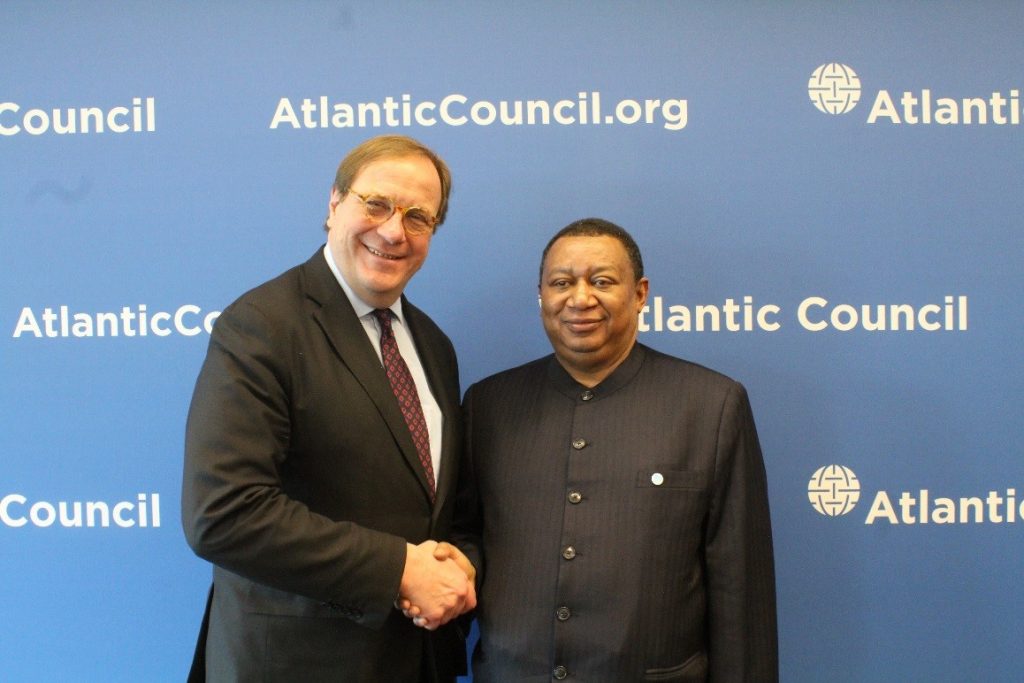 In his remarks, Secretary General Barkindo emphasized the symbiotic relationship between the United States and OPEC; as oil producers, both benefit from stability in the market. He discussed how the US and OPEC countries suffered due the global downturn in the energy market from 2014–2016 until OPEC and non-OPEC partners were able to stabilize the market through voluntary production adjustments.

Secretary General Barkindo then turned to focus on OPEC’s role within the global energy transition, reiterating that OPEC “remains fully engaged and supportive of the Paris Agreement.” He discussed the need to reduce greenhouse gas emissions, highlighting the need for increased technological innovation to help achieve this goal, but emphasized that oil should, and will, continue to play an important role in meeting global energy demand.

A discussion, moderated by Mr. Frederick Kempe, president and chief executive officer of the Atlantic Council, followed the secretary general’s remarks. Participants focused their questions on oil markets and the impact that broader US foreign policy measures could have on market volatility, with heightened interest regarding US sanctions against Venezuela and Iran.