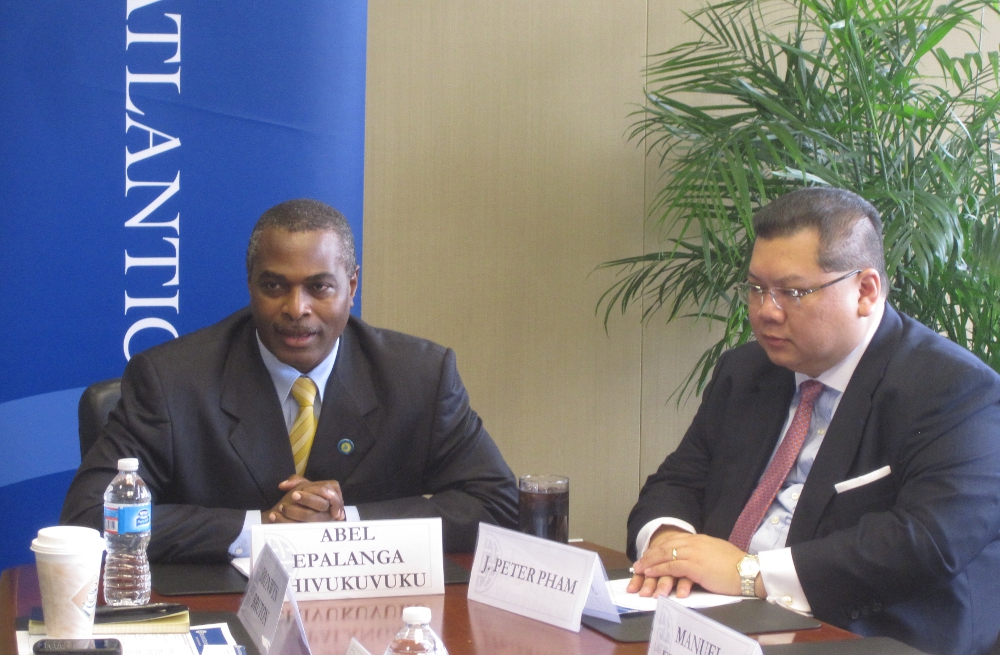 Abel Epalanga Chivukuvuku, founder and president of CASA-CE, the third-largest bloc in the Angolan national assembly, and a delegation of the group’s parliamentarians provided a briefing on the current political dynamics in Angola, prospects for local elections currently scheduled for 2015, and the role of that China, the United States, and other foreign countries as well as private-sector investors play in the southern African country.