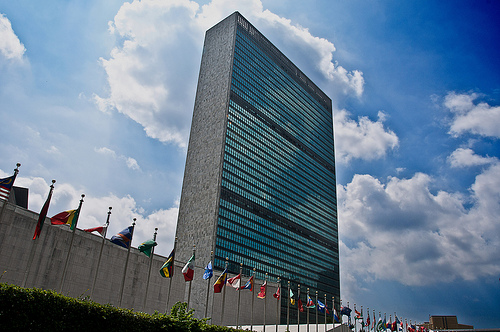 On August 9, 2012, the Atlantic Council’s Cyber Statecraft Initiative and the Permanent Mission of Germany to the United Nations hosted a dinner conversation on “Building a Secure Cyber Future.”

This unique event coincided with this year’s meeting of the United Nations Group of Governmental Experts (GGE) in New York and featured the experts of thirteen participating GGE nations, think tank analysts, and senior representatives from the private sector. The event was conducted with the valuable help of the United Nations Office for Disarmament Affairs and supported by the Office of Global Security Strategy and Diplomacy at Microsoft.

This collaborative was the first ever sideline discussion during a UN ODA-convened GGE and was part of a series on possible cyber futures, jointly conducted by the Atlantic Council’s Cyber Statecraft Initiative and Microsoft. The project focuses on how to steer towards the best cyber futures of cyber conflict and cooperation and avoid the worst.