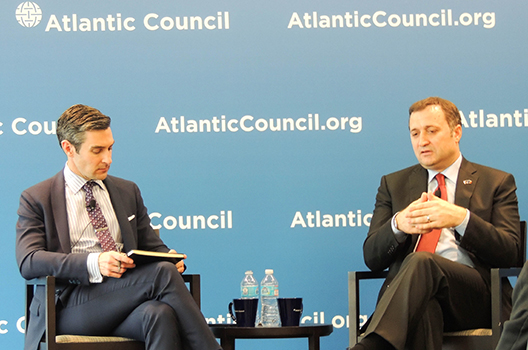 On May 20, the Atlantic Council’s Dinu Patriciu Eurasia Center hosted a conversation with His Excellency Vlad Filat, President of the Liberal Democratic Party of Moldova and former Prime Minister, as part of the Council’s Completing Europe Series.

Moldova is heading into pivotal elections this November which will determine whether the country maintains its current path towards greater European integration. Mr. Filat described his party’s plan for continuing Moldova’s engagement with its Western neighbors, including stepping up efforts to boost the economy, grow exports to the United States and European Union, and reform the judicial system and law enforcement agencies. He noted that social and economic conditions for many in Moldova remain hard and the coalition government’s main task will be to demonstrate the benefits of European integration amidst rising support for the Russian-led customs union and the country’s large Communist Party.

Speaking after meetings on the Hill and at the White House, Filat praised the US for its increased level of interest and support.