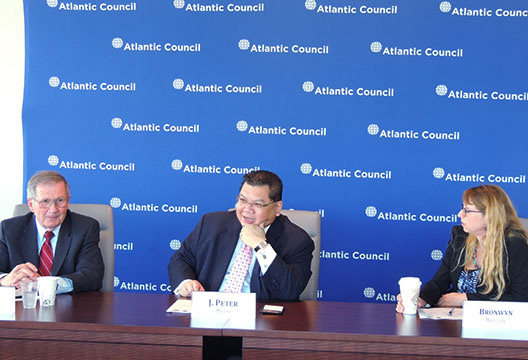 
During the conversation, the officers from Algeria, Egypt, Ethiopia, Kenya, Morocco, Nigeria, Senegal, Tunisia, and Uganda examined economic, political, and security opportunities and challenges for their countries, regions, and the continent as a whole as well as the role that the United States can and should play in Africa. The seminar was part of a weeklong NESA-led program for foreign military graduates of the US Senior Service Schools.