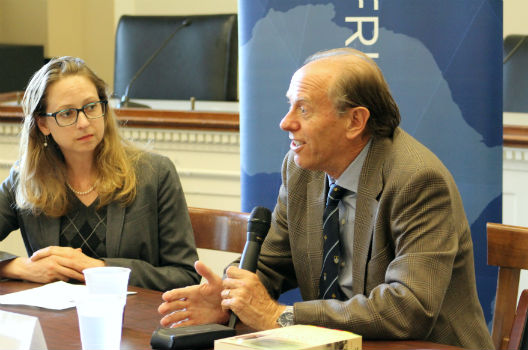 Coltart then provided an overview of his own work in Zimbabwe, where he served two terms as an opposition MP before being elected Senator and appointed Minister of Education, Sport, Arts, and Culture in the Government of National Unity of 2009. He warned that infighting within the country’s ruling party—as well as the opposition—has left the country in the lurch, and he suggested that violent spillover from these political disputes was possible.

In the lively discussion that ensued, attendees discussed the country’s economy, multilateral sanctions, and who might succeed longtime President Robert Mugabe.