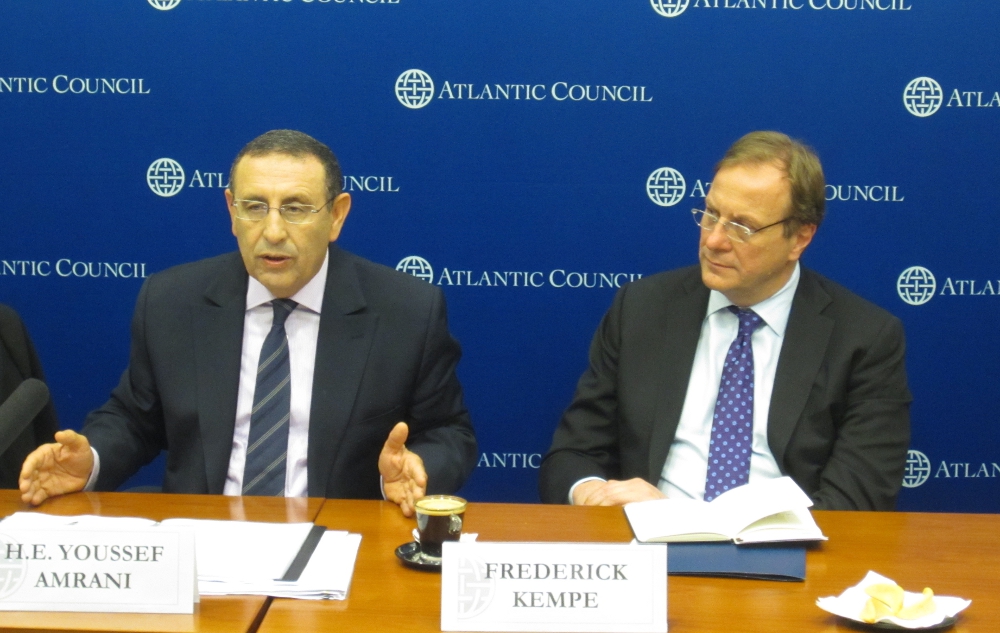 The Michael S. Ansari Africa Center hosted a discussion today with H.E. Youssef Amrani, minister-delegate for foreign affairs and cooperation of the Kingdom of Morocco.

The minister-delegate is in Washington in advance of Secretary of State Hillary Rodham Clinton’s travel to Morocco next week for the “Friends of Syria” meeting in Marrakesh as well as strategic discussions with His Majesty King Mohammed VI on the various current crises in North Africa, West Africa, and the Middle East.

Ambassador Amrani spoke about the recently-launched US-Morocco Strategic Dialogue as well as on regional issues, including the precarious security situation in the Sahel following the takeover of northern Mali by extremist groups linked to Al-Qaeda and the need for greater economic integration in the Maghreb.