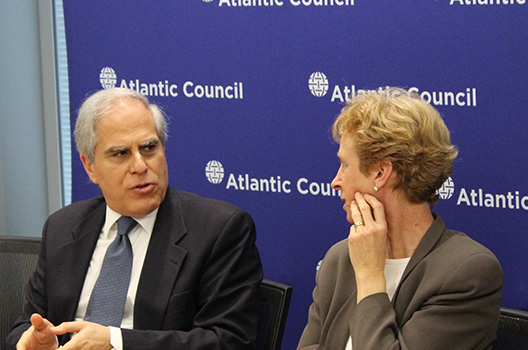 On February 23, the Atlantic Council’s Future Europe Initiative hosted an off-the-record roundtable discussion with Secretary General of the Ministry of Foreign Affairs of the Hellenic Republic, Ambassador Dimitrios Paraskevopoulos.

Greece currently faces significant foreign policy challenges, amid increasing regional destabilization and a continuous influx of migrants and refugees into Europe through Greek borders. Addressing the ongoing refugee crisis, which has seen over 900,000 people arrive in the country since 2015, has become one of Greece’s main priorities. At the event, Ambassador Paraskevopoulos discussed Greek strategies for managing the crisis, and how migration will impact the country’s evolving role as a key player in the Eastern Mediterranean region. With the Greek financial crisis still unfolding, Ambassador Paraskevopoulos further addressed the state of the economy and its impact on Greek foreign policy.