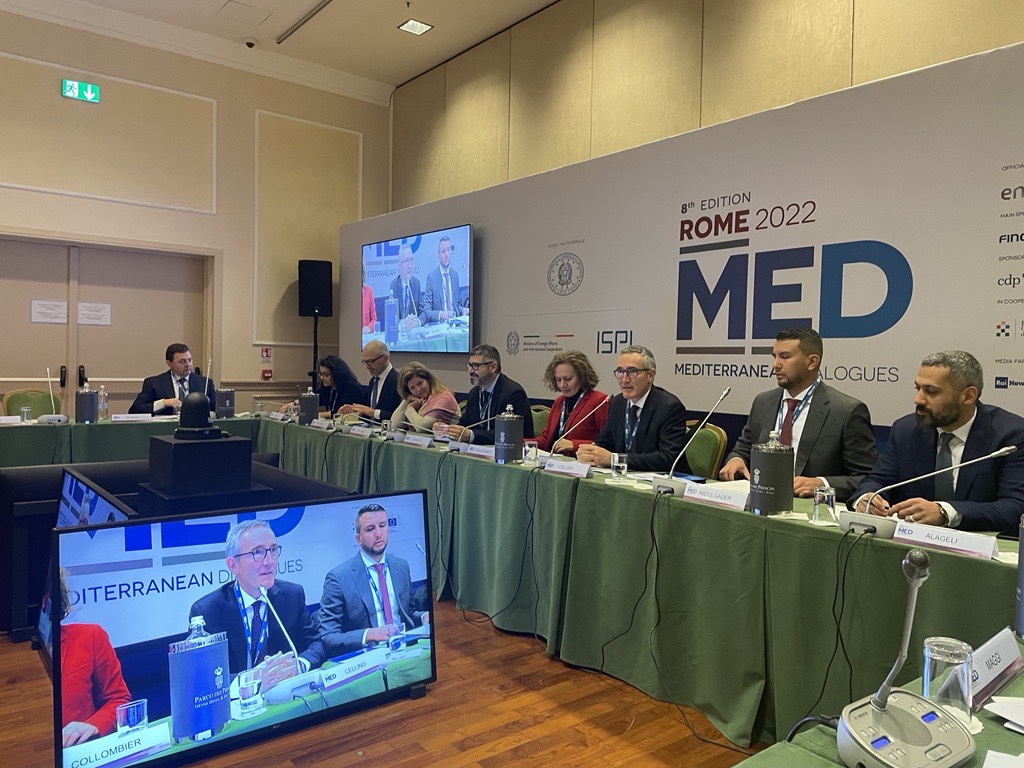 Libya has endured ten years of turmoil, lack of stability, foreign interference, and internal strife. The presence and proliferation of local armed groups have further eroded state-building processes. The ever-changing nature of these armed groups has caused additional challenges to detect and thus dismantle them. The absence of a government capable of managing the country has left a vacuum that these armed groups have proceeded to infiltrate and fill by providing citizens with basic necessities, thereby replacing the state.

On December 1, 2022, the Atlantic Council’s North Africa Program hosted, in cooperation with the Geneva Centre for Security Sector Governance (DCAF) and the Institute for International Political Studies (ISPI),a closed-door meeting on Libya titled ‘Governing the Ungovernable. Consolidating the Libyan State Amidst Emerging Criminal Networks.’ The panel addressed causes, concerns, and remedies for the formation of armed groups in Libya.

Since 2014 and Libya’s national governance split, local armed groups have emerged. They have become the country’s de-facto political and economic decision-makers. The emergence of these groups has severely undermined the consolidation of a centralized government able to provide for its citizens. According to the panel, lack of accountability has emboldened these armed groups and allowed for an expansion of their power. They operate as criminal networks that perpetuate the ongoing civil strife while constantly changing their modus operandi, thereby challenging the rule of law.

Armed groups in Libya have resources and wealth, both local and international. Their main goal is mobilizing state resources to make money rather than perpetuate conflict. Incoming revenues from unknown sources make it difficult to trace back, determine and capture corrupt officials. Human trafficking, drug money, and the sale of precious metals such as steel all contribute to generating wealth for these armed groups.

These actors have also been empowered by the international community’s need to engage with them to find durable solutions to the conflict. Additionally, many international organizations involved in Libya’s reconstruction post-2011 were not interested in investing in disarmament, demobilization, and reintegration, further emboldening them.

Local Libyans have thus far formed relationships with armed groups to provide security to the country. Libya’s warlords have also formed strong networks with politicians and businesspeople alike, further intensifying their grip on state institutions. The panel agreed that the international community, the European Union (EU) specifically, cannot overlook the creation of these relationships if it wishes to see a unified and peaceful Libya in the near future. The EU should design policy solutions to provide assistance.

As a result of the erosion of Libya’s state institutions, anti-migrant sentiment has increased. Libyans are progressively resentful of the migrant’s presence in the country, especially given the bad reputation Libyans feel the country is receiving because of what the international community sees as the threats posed by irregular migration. Negative perceptions of migrants have led many European states to take on a securitized approach to the problem rather than human rights one. The panel agreed, however, that providing safe routes to migrants is imperative to avoid further deaths at sea.

A distinction between migrants and foreign workers is to be made; the panel reminded the audience. Many migrants from sub-Saharan Africa consider Libya as a temporary transit country. On the other hand, foreign workers normally derive from neighboring countries such as Tunisia and seek to settle in Libya for better economic conditions.

Basic food scarcity, lack of resources, the absence of a healthcare system, difficulties accessing pensions, and political insecurity are also contributing factors to Libya’s instability. Additionally, while rent prices are increasing, state jobs take months to disburse their worker’s salaries. The panel recommended that the country invests in the private sector to sustain itself rather than depending on the international community.

Lastly, the panel stressed that Libya is producing millions of dollars of oil a day, most of which could stabilize its economy. However, despite such huge wealth, the country is unable to benefit from it, given the armed groups’ control over the oil extraction facilities. Imposing sanctions may be the best, if not the only, way to stop armed groups from financially benefitting from these precious resources.

Nour Alhajjeh is a Young Global Professional at the Atlantic Council.

Alissa Pavia is the associate director for the North Africa Program within the Rafik Hariri Center & Middle East Programs at the Atlantic Council. 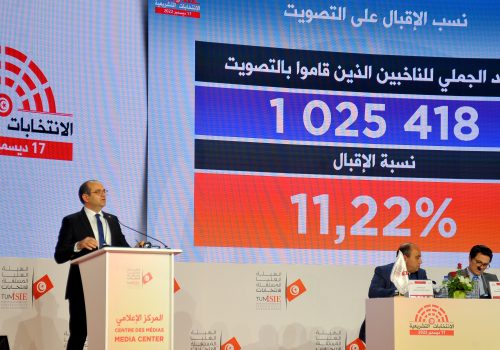 It’s time for Tunisia’s president to resign. Here’s why.

The sound of Tunisia’s silence was deafening after only 11.2 percent of Tunisians—one million out of nine million eligible voters—participated in the December 17 parliamentary elections. 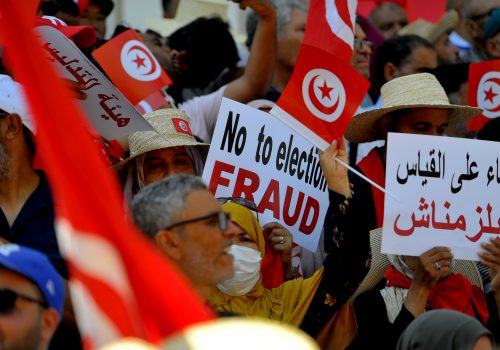 On September 14, the Atlantic Council’s North Africa Program and the US Embassy in Italy hosted an event with experts on the field to discuss the potential for Italy to become a mediating power in the Mediterranean. 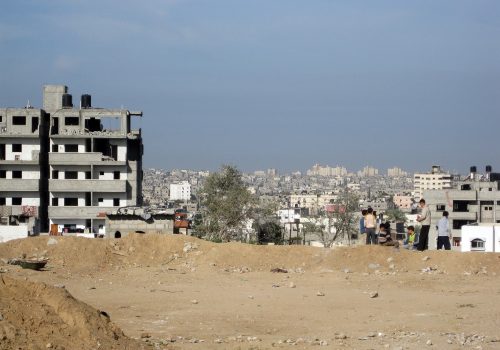 The Atlantic Council North Africa Program and the Institute for International Political Studies is pleased to publish its latest dossier focusing on a selected number of conflict-case studies (Libya, Yemen, Mali and Russia).