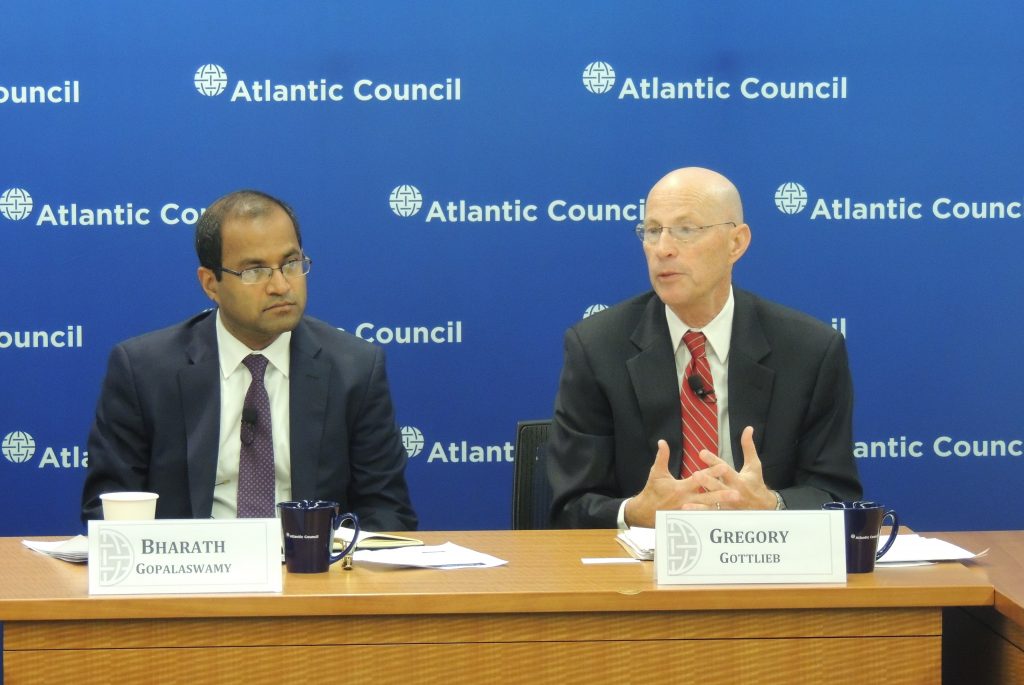 Pakistan’s agriculture sector has underachieved for the last few decades, and along with structural issues, has led to a growing food security crisis in the country. Gregory Gottlieb, USAID Mission Director for Pakistan, spoke to the Atlantic Council about the growing crisis that stems from not just “how much Pakistan grows,” but from “what it grows and how kids and mothers access it.”

The agricultural sector’s growth rate recently dropped below three percent, below the country’s overall GDP growth of 4.4 percent. A huge potential exists to grow the sector. Commercialization of local farms could majorly increase output and revenue to farmers. Rural farmers are not connecting to rapidly growing urban centers that have unquenched demand for their crops. “The challenge for the country is how to get more groups involved with the value chain…and connecting that value chain work to urban areas,” said Gottlieb.

Exports to international markets also fall below their potential, according to Gottlieb. This sources from both domestic practices and international economic factors that are detrimental to Pakistan. Currently, Pakistan has a major surplus of wheat, unable to export at the current rate. The domestic issues that limit Pakistan’s agricultural production and linkages to international markets include lacking research and development, irrigation issues, and access to credit.

The sector also suffers from a lack of crop diversification, which likely impacts the growth of the sector overall but also becomes a “major contributing factor to the malnutrition we see.” Seventy percent of the land is devoted to four crops. Of Pakistan’s malnourished population, “fifty to seventy percent of their nutrition comes from one crop—wheat.”

When addressing malnutrition and seeking to improve agriculture in the country, Gottlieb contends, you must deal with all the issues around it. This includes devolution, land reform, health education, social protection, gender equity, and more. Improving and growing the sector must be a priority for the country. Forty-five percent of the population making a living from agriculture, yet the sector only makes up twenty-two percent of the economy. A tremendous potential exists for agricultural growth, and a tremendous potential exists to improve the lives of a huge portion of Pakistan’s population.