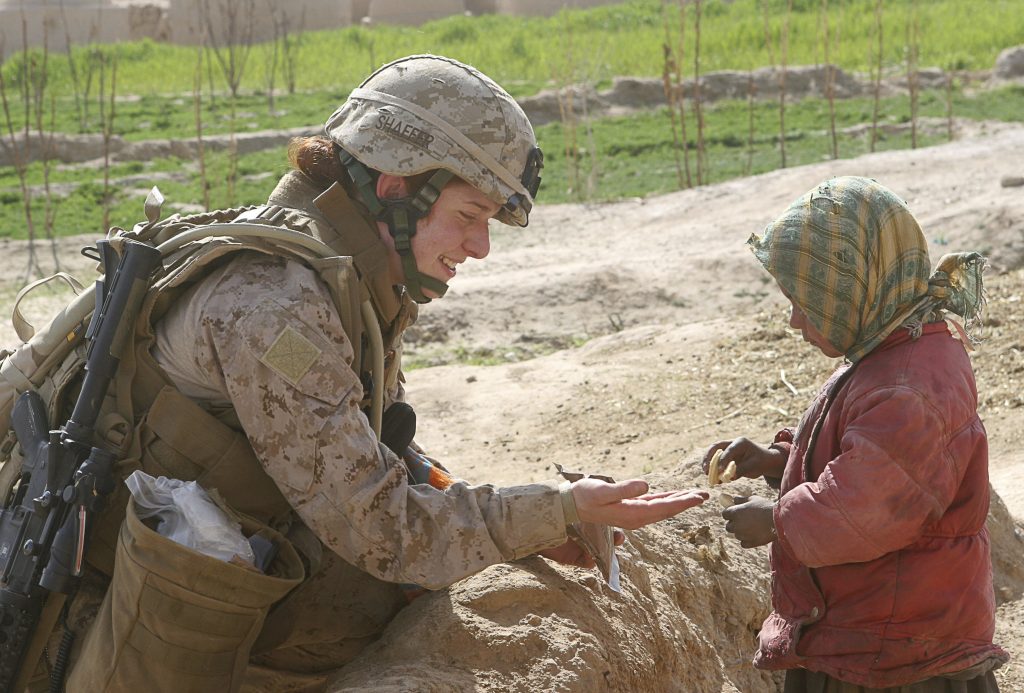 As the United States and its allies and partners enter a decisive decade, the Women, Peace, and Security (WPS) agenda is ever more critical in helping achieve US goals and ensuring collective security. As champions of democracy square off against the forces of autocracy worldwide, the path to preserving the rules-based international order lies in successfully integrating all aspects of democratic strength into strategic planning. However, the US National Security Strategy (NSS) and National Defense Strategy (NDS) notably omit the role gender plays in foreign and defense policy.

“Incorporating the Women, Peace, and Security agenda in US security policy and strategy is both a moral and a strategic imperative,” noted Atlantic Council Board Director and Distinguished Fellow Franklin Kramer in introductory remarks at the event “Strategic blind spots? Advancing the Women, Peace, and Security agenda in US national security strategies,” held on December 19. Kramer said that responding to modern threats requires an integrated approach–one key element being the role gender plays in foreign and defense policy. If foreign and defense policy exclude gender perspectives, they threaten to exclude 50 percent of the world’s population. Such an omission does not bode well for the efficacy of those policies.

Sahana Dharmapuri, director of Our Secure Future, argued that the major strategic blind spot in the NSS is “the missing language about the importance of gender equality and particularly our commitment to the Women, Peace, and Security Agenda.” The WPS agenda does not exist in a vacuum: By not including an overt commitment to it, the NSS does not allow those working on the issue of gender and security to tie it back to the strategic interests of the United States. Instead, WPS becomes a non-issue or a siloed activity.

Dharmapuri commented that while the NSS does talk about the protection of women and commits to double US development aid, it fails to talk about the agency of women and women in decision making as a strategic interest of the United States. This results in an incoherence in policy and US legislative commitments to those democratic values championed by the WPS agenda.

When considering strategies, Melanne Verveer, executive director of the Georgetown Institute for Women, Peace & Security, and board director at the Atlantic Council, recalled four key pillars which provide agency for women: prevention, participation, transition, and protection.

Yet while protection is certainly important, Verneer pointed out that women also do not want to be seen as victims. “They[women] are leaders and they have a critical role to play, they represent half the population of the world, and they belong in this conversation, they belong in strategic decision making,” she said. “This isn’t just the right thing to do… but it is the smart thing to do if we really want to create a world of sustainable peace and security.”

Successful WPS implementation requires action on all four of those key pillars: Early incorporation of gender perspective acts as a preventative to conflict, enables women’s participation in meaningful ways, supports the transition from conflict to peace, and protects women from gender-based violence.

Verveer anecdotally detailed the challenges of integrating women’s perspectives into security during her time working with women in Afghanistan. The United States, in terms of grasping what Afghan women represented, was more marginal than central. “We did not fully ensure the meaningful participation of women in Afghanistan,” she said.

Though grassroots groundwork is critically important, meaningful participation must extend beyond that and into the strategic level. Kyleanne Hunter, senior political scientist at the RAND Corporation, added her perspective from her time serving in Afghanistan: “We allow women to participate when they participate in a way that fits the very patriarchal mold of what women should do.” For instance, she said, “women could participate in female engagement teams because we talk about going and taking your helmet off and having tea and having conversations and talking about being a mother.”

Experiences such as those of Hunter and Verveer highlight a disconnect between the WPS agenda and how it is implemented when it comes to hard security topics, noted Xanthe Scharff, moderator of the discussion, and co-founder and CEO of the Fuller Project.

Ultimately, the state of women, their status, and a nation’s well-being go hand-in-hand, which is essential as the United States seeks to renew its domestic sources of power in the strategic competition against the acute threat posed by Russia and the pacing challenge of China. “If you really wanted to understand the right security strategy, you can look at either the empowerment of women or the subjugation of women,” Verveer said. “Because in that polarity, you will know what’s happening in a country.”

The role of gender in foreign and defense policy is a key element missing from the recently released NSS and NDS. How can integrating a gender perspective in US national security strategies help the United States and its allies and partners transform collective security?

Kimberly Talley is a program assistant with the Atlantic Council’s Transatlantic Security Initiative, part of the Scowcroft Center for Strategy and Security.

Image: Second Lt. Johanna Shaffer shares a cookie with an Afghan child while under the security of Marines assigned to 3rd Battalion, 8th Marine Regiment (Reinforced), during her all-female team?s first mission in Farah Province, in this February 9, 2009 U.S. Marine Corps handout photo. The all-female team is an asset used by Special Purpose Marine Air Ground Task Force ? Afghanistan to engage with the female Afghan population. REUTERS/Monty Burton/U.S. Marine Corps/Handout (AFGHANISTAN - Tags: MILITARY POLITICS CONFLICT SOCIETY) FOR EDITORIAL USE ONLY. NOT FOR SALE FOR MARKETING OR ADVERTISING CAMPAIGNS. THIS IMAGE HAS BEEN SUPPLIED BY A THIRD PARTY. IT IS DISTRIBUTED, EXACTLY AS RECEIVED BY REUTERS, AS A SERVICE TO CLIENTS