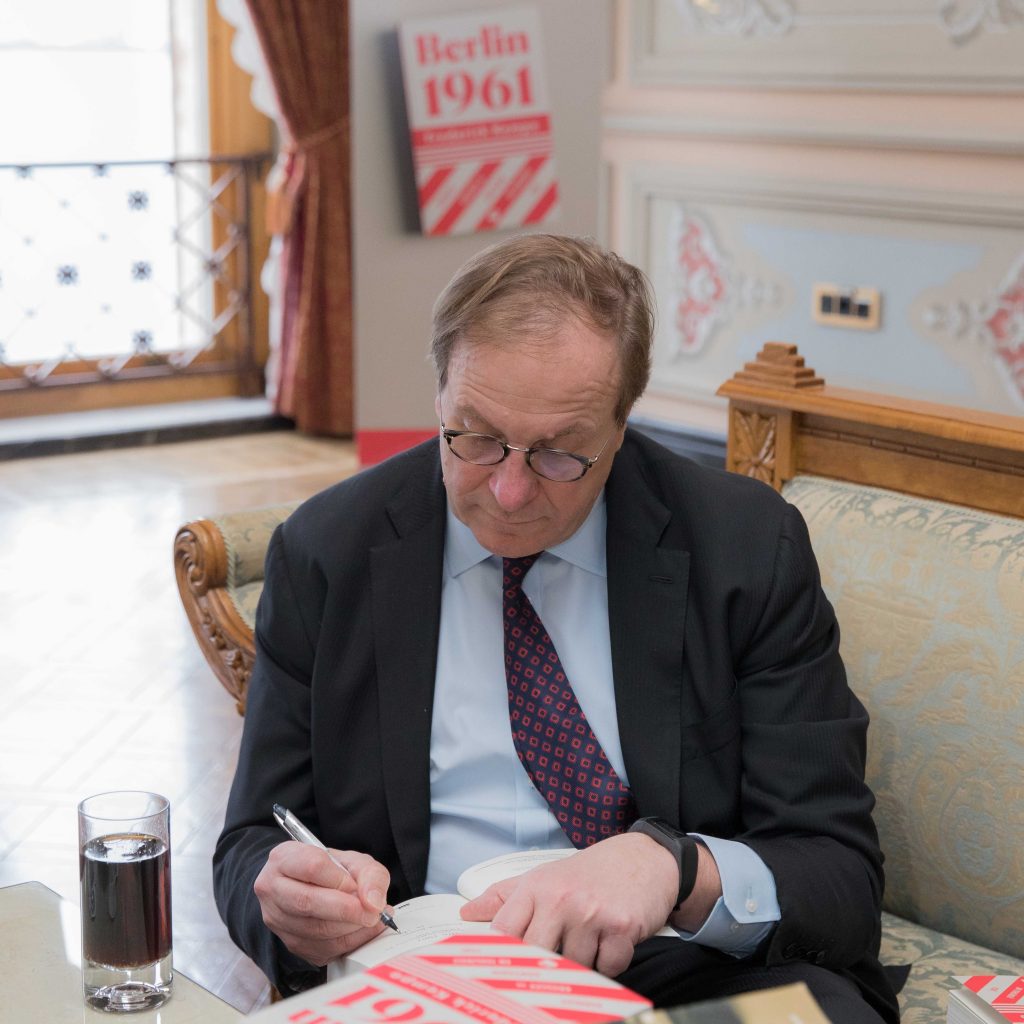 Frederick Kempe’s Berlin 1961 has now been published in Turkish, making it the 15th language the book is available. Berlin 1961 discusses the period from the year that the Berlin Wall was first built.

In his book Berlin 1961, published in 2011 and having reached a significant reader audience, the president and chief executive officer of the Atlantic Council Frederick Kempe provides in-depth analysis on the most decisive event in shaping the Cold War, based on a wealth of documents and interviews, filled with fresh insights.

Frederick Kempe expressed how the book is still relevant to present circumstances: “At a time when the West’s relations with Russia have deteriorated to a level not seen since the height of the cold war, it is worth reexamining the events that took place between the US and the Soviet Union in 1961, when both sides engaged in a nuclear-tipped test of will over who would dominate Berlin. Then as now, the Kremlin’s leaders were probing the West’s and particularly America’s willingness to defend its interests. Less than two months after Khrushchev had outmaneuvered Kennedy at the failed 1961 Vienna summit, the Soviet leader presided over the construction of what would become the Berlin Wall, with Kennedy’s acquiescence. A little more than a year after that followed the Cuban missile crisis that brought the world to the brink of nuclear exchange. Though history doesn’t repeat itself, it does rhyme. Should Moscow doubt Western resolve and strength, the risks will grow from Ukraine to Washington.”

The book, recognized as the “A lively meticulous account of a crucial year in history” by The Economist magazine, was published in Turkish by Doğan Egmont with the support of Çalık Holding.

For more press coverage of the book launch please see below the following links.