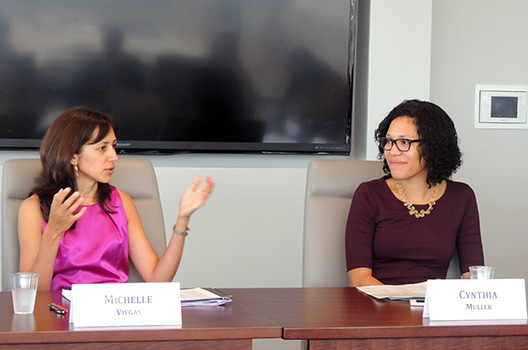 Latin America is ripe for impact investment, according to two social impact investment experts who spoke at the Atlantic Council on September 10. The poverty rate has dropped from 42 percent in 2000 to 25 percent in 2012. Four hundred million people have risen from the base of the economic pyramid in recent years. This fast-growing middle class is demanding new products and better services, representing a $500 billion market opportunity for social impact investors.

Latin America has emerged as a pioneer in the field of social entrepreneurship and impact investing. Projects vary from providing cost-effective health care to prevent diabetes in Mexico to transforming waste into usable resources in Haiti.

Despite the growth of the social enterprise sector, major challenges remain. These include the need to develop new ecosystems, put better infrastructure in place for startups, implement policies that are friendly to impact investors, and increase cultural awareness of the potential benefits of impact investing. Better coordination is needed across sectors given the field’s wide range of actors, which include corporations big and small, foundations, governments, and individual investors.

Another challenge moving forward is defining more effective metrics for how to measure a venture’s success. This requires encapsulating not only quantitative returns but, importantly, qualitative yields for the populations served. Early-stage social entrepreneurs often have the most potential, but they also require the most investment and do not have concrete results to show through metrics. Many of these entrepreneurs are either operating below the radar of investors or are denied funding because of the risks early on. There is a need to “level the playing field” for these early-stage entrepreneurs by showcasing successes and creating a culture more open to risk.
Government policies have a major role to play in growing this sector in the future. Countries such as the United Kingdom and Mexico have implemented policies that encourage social impact investment, even creating special banks to fund social enterprise. Countries should begin to move beyond traditional development aid to create policies that prioritize social entrepreneurs and facilitate impact investment.