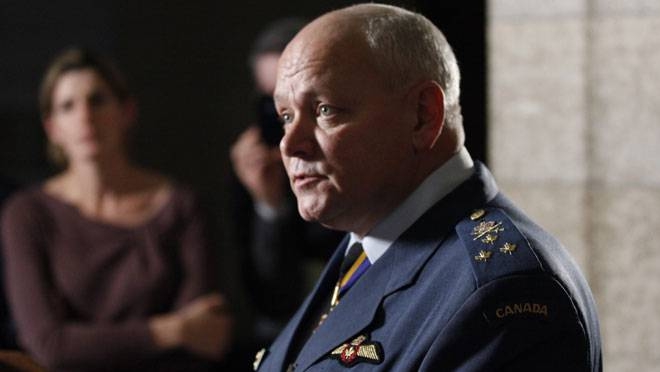 Fred Kempe, President and CEO of the Atlantic Council provided an introduction and welcome to the session, and Barry Pavel, director of the Council’s International Security Program, moderated the discussion.

General Charles Bouchard commented on his role as commander of NATO’s military operations in Libya, the role of partners within and outside of NATO, and the prospects for future international cooperation. The General addressed challenges faced by coalition forces, including the enforcement of UN Security Council Resolution 1973’s mandate of protecting Libyan citizens without violating the arms embargo or ground intervention prohibited by Resolution 1970. When asked to comment on prospects of NATO cooperation in the future, General Bouchard stressed the importance of considering domestic circumstances and role-sharing among NATO and regional partners.

The Commanders Series is generously sponsored by Saab North America.