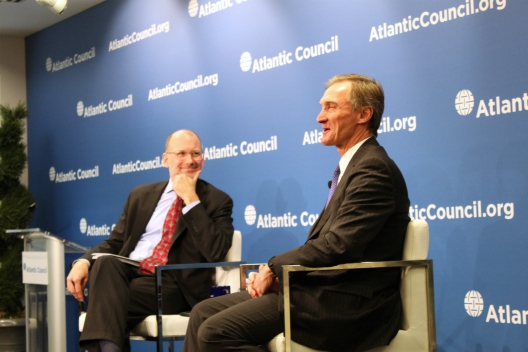 There’s a dynamism among companies that provide technology amenities within the government services-sector, and Leidos is in the center of it. Companies such as these are at the forefront of initiatives to bring digital-based transformation to government operations, while the sector also enjoys renewed growth of sales and value following a downward trend from the peak of defense spending in 2010. Mr. Krone discussed this transformation and subsequent issues during his keynote address and the following conversation with moderator Steven Grundman, director of the Atlantic Council’s initiative on emerging defense challenges.

Roger Krone is the chairman and CEO of Leidos, a $10 billion public company which applies information technology, engineering, and science to solve complex problems for customers in defense and intelligence, healthcare, and civil government. Prior to assuming his current position since 2014, Mr. Krone had a 35-year career in aerospace at Boeing, McDonnell Douglas, and General Dynamics.