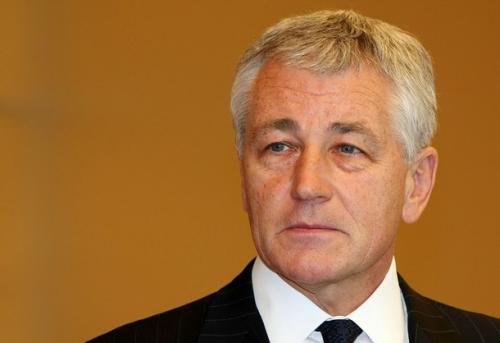 In a primary election campaign that has been one of the most contentious and unpredictable in recent memory, its outcome is currently anything but certain. This is particularly true given Tuesday’s virtually split decision between Governor Romney and Senator Santorum. Traditionally, Super Tuesday is one of the most important days of the Republican primary season, with ten states holding primaries and caucuses this year and more delegates being awarded than on any other single day on the primary calendar. Senator Hagel, with his wealth of experience in American politics, talked about several pressing issues that face the nation politically in light of Super Tuesday’s results. Pressing the point that “politics reflects society,” Senator Hagel touched upon the rise of SuperPACS, the changes in primary delegation rules, the increase of independent voters, and the American people’s frustration and lack of confidence concerning national institutions.In addition to his role as Atlantic Council chairman, Senator Hagel is a distinguished professor at Georgetown University,co-chairman of the President’s Intelligence Advisory Board, co-chair of the President’s China 100,000 Strong Initiative Advisory Committee, and a member of the Secretary of Defense’s Policy Board. He also just completed service on the Secretary of Energy’s Blue Ribbon Commission on America’s Nuclear Future. He serves on the Boards of Directors of Chevron Corporation and Zurich’s Holding Company of America; the Advisory Boards of Corsair Capital and Deutsche Bank America; and is a Senior Advisor to Gallup. Senator Hagel served two terms in the United States Senate (1997-2009) representing the state of Nebraska, where he was a senior member of the Senate Foreign Relations; Banking; Housing and Urban Affairs; and Intelligence Committees. He is the author of the book America: Our Next Chapter.

This conference call is part of a larger series of members’ programming, which seeks to provide members the opportunity to dialogue directly with experts and policymakers on the most relevant topics of the day.