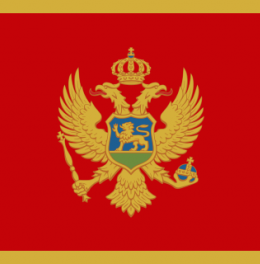 On November 22, the Atlantic Council hosted an off-the-record strategy session with President of the Parliament of Montenegro Ranko Krivokapić and representatives of the transatlantic community in Washington, DC to discuss NATO’s open door policy and Montenegro’s role in the future of the Alliance. Discussions revolved around assessing the country’s path toward NATO membership and outlined the strategy for a timely accession.

Montenegro has been a NATO aspirant since declaring independence from Serbia in 2006. It has made significant progress toward eligibility and, considering the small size of its military force, has contributed substantially to NATO operations. A Montenegrin membership will have both operational and strategic benefits for the Alliance. Perhaps most importantly, Montenegrin membership will foster stability in the Balkan region. A decision on whether to proceed with further enlargement, however, is not solely predicated on Montenegro’s readiness to join. The country must fight substantial inertia within many NATO members that favor tabling enlargement to focus on other pressing challenges. Thus, Montenegro must seize the window of opportunity provided by the 2014 NATO Summit and leadership change in NATO to advance an enlargement agenda within the Alliance.

This event was part of a series of strategy sessions focused on Becoming NATO’s Next Ally hosted by the Atlantic Council, focused on the importance of continued enlargement for the future of the Alliance as it transitions to a post-Afghanistan era.