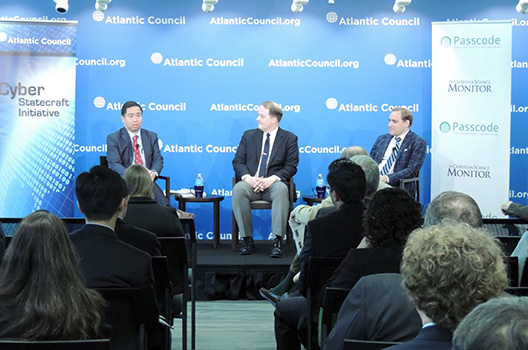 On January 21 the Cyber Statecraft Initiative kicked off the 2015 Cyber Risk Wednesday event series with the new exclusive media partner for the series, Passcode, the new outlet of Christian Science Monitor. Shane Harris, senior intelligence and national security correspondent for The Daily Beast, and Dmitri Alperovitch, co-founder & chief technology officer of CrowdStrike, discussed the lessons learned in cybersecurity after a year of massive intrusions at some of America’s most trusted companies and the challenges ahead in 2015. The event was moderated by Dan Chiu, Deputy Director of the Brent Scowcroft Center on International Security.

These are three things we learned:

“If your company is not targeted in cyber attacks, you may need to re-evaluate your business” #ACCyber