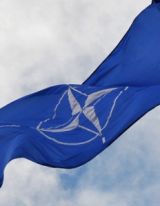 The Atlantic Council’s Energy and Environment Program and the Brent Scowcroft Center on International Security hosted Colonel Romualdas Petkevicius, director of NATO’s Energy Security Center of Excellence (ENSEC COE) in Lithuania, for a discussion moderated by on the functions and structure of the ENSEC COE and how the Center fits into broader NATO policies concerning energy security. Roundtable participants discussed ways for ENSEC COE to develop, remain relevant, and advance energy security priorities in NATO member countries and beyond.

The ENSEC COE’s initial agenda when established in 2011 was to deal with high political issues and policy, but Col. Petkevicius posited that due to NATO’s unwillingness to talk about energy security as a policy issue, their agenda is now directed towards operational energy security. Due to this ambiguity regarding their agenda, the ENSEC COE is looking for a place in NATO where it can be of value, for example in strategic risk assessment. NATO conducts intelligence assessments that discuss the potential disruptions to the energy system. However, in discussions of energy security NATO fails to connect it to market analysis, and Col. Petkevicius believes this is a critical next step.

Cooperation between NATO and the EU is based primarily in other COE’s, but the ENSEC COE is also reaching out not only to the EU but also to global partners. As some example, the ENSEC COE is working with the EU’s “Go Green” initiative and engages in information sharing and infrastructure protection training with Azerbaijan. Since Lithuania currently holds the EU presidency, and the ENSEC COE is based in Lithuania, energy security is one goal they hope to bring to the forefront of the discussion. They also hope to bring a renewed focus on climate change preparation and disaster relief. For the NATO 2014 Summit, Col. Petkevicius expects vigorous discussion of their green agenda, including energy efficiency and security, and that this discussion will most likely be connected with enhanced military capabilities.