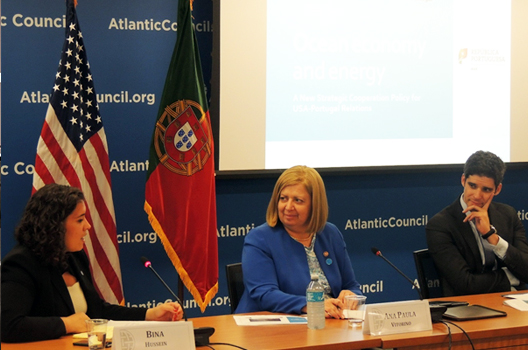 On September 14, 2016 the Eurasian Energy Futures Initiative hosted the Portuguese Minister of Sea, Ana Paula Vitorino. Minister Vitorino discussed the future development of the North Atlantic between the United States and Portugal as an energy and resource hub. Citing that offshore oil and gas, US LNG shipments, deep-sea mining, and ocean renewable projects will diversify Western Europe’s energy needs. Her presentation was followed by a moderated discussion with Eurasian Energy Futures Initiative Assistant Director, Bina Hussein. The discussion involved a series of issues: