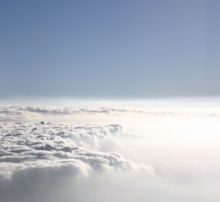 On October 9, the Atlantic Council’s Brent Scowcroft Center on International Security hosted an off-the-record roundtable discussion on building actionable foresight for urban resilience with Mr. Peter Ho, Senior Advisor for the Centre for Strategic Futures in the Republic of Singapore.

The event dissected the problems, challenges, and foundations for solutions of urban resiliency in developing countries. Several participants brought up the overarching role of foresight in this issue, which is to drive action. One participant shared their view that an actionable foresight policy should touch on four key areas, political and financial stability, accountability, market suitability, and supporting resilience. The tools for some agencies to build urban resiliency are in place, but a shift from focusing on rural areas to urban resiliency must take precedence in their agendas. Marrying humanitarian assistance with development assistance and engaging the private sector is one way to begin the process. However, progress on this front will be impeded by the lack of a universal definition of resiliency in the urban setting. What does it include and exclude; does it cover disaster prevention, climate change, and the shifting purpose of a city or is it more singular in its focus? Moving forward with this discussion will open doors to answering questions like this and more.

Mr. Peter Ho holds several academic positions in conjunction with his current, including being a senior fellow in the Civil Service College, an adjunct professor with the S. Rajaratnam School of International Studies, and a visiting fellow at the Lee Kuan Yew School of Public Policy. In 2010, he retired from his 34 years of public service in the Singapore Administrative Service, as head of civil service. He held several other appointments, including permanent secretary (foreign affairs), permanent secretary (national security and intelligence coordination), and permanent secretary (special duties) in the prime minister’s office, and permanent secretary (defense). His experience in the Singapore government prepared him for the many other positions he currently holds as chairman for several organizations and membership to varying boards.