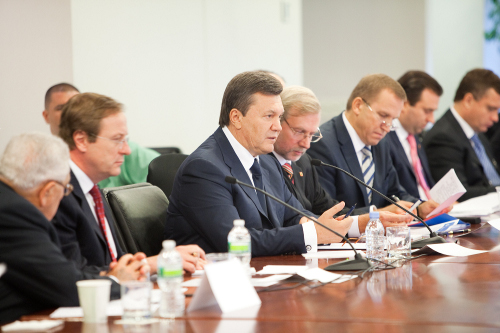 The President of Ukraine, Viktor Yanukovych, addressed a gathering of 80 business leaders, former government officials, think tank analysts, and journalists at an Atlantic Council event in New York City on September 23 as part of the Council’s Ukraine-North America Dialogue.