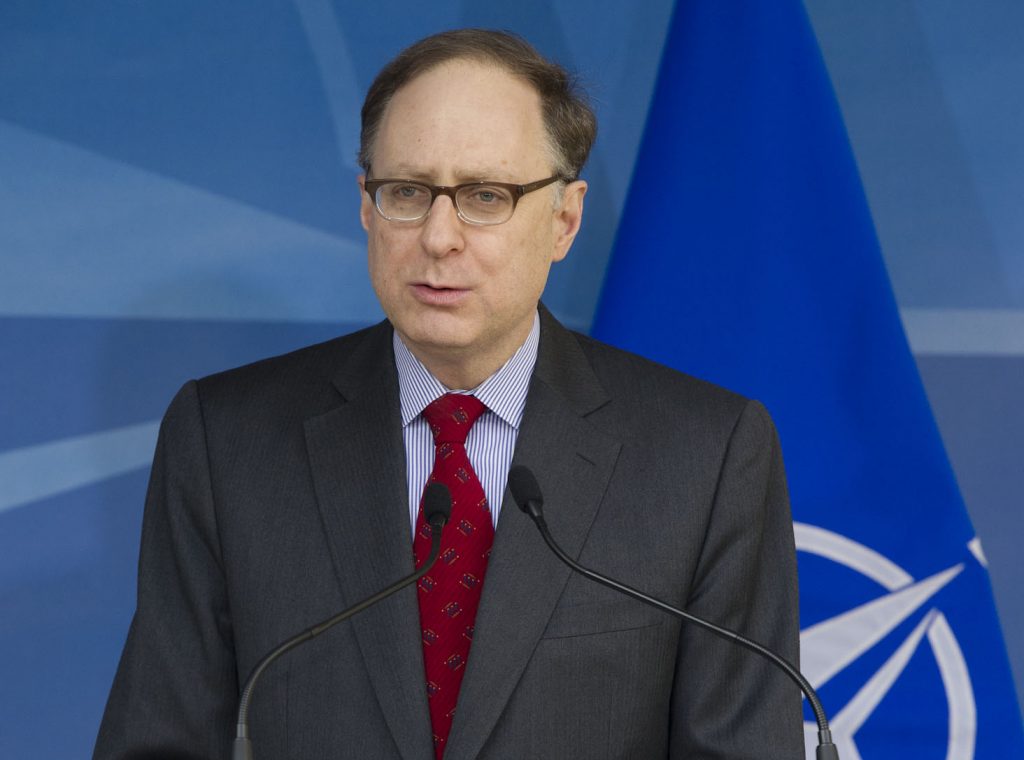 On December 13, 2012, the Atlantic Council held an off-the-record video conference with Ambassador Alexander “Sandy” Vershbow, NATO deputy secretary general, on NATO’s major priorities in the aftermath of the NATO Foreign Ministers meeting, which took place in Brussels earlier this month.

Ambassador Vershbow provided the Strategic Advisors Group and other Atlantic Council fellows and associates with a briefing on the outcomes of the NATO Foreign Ministers Meeting. The video conference discussion touched upon the major deliverables of the Ministerial, including the Alliance’s decision to deploy Patriot missiles to Turkey, progress on NATO’s global partnerships policy, NATO-Russia relations, and assessment of the transition process in Afghanistan.

This discussion was an inaugural event of the Atlantic Council’s new video conference series—The Transatlantic Link—a new initiative launched in cooperation with NATO Headquarters to ensure a regular exchange of information and insights between Brussels and the security policy community in Washington, DC. The project aims to engage NATO officials in a series of video briefings on NATO’s major priorities for 2013 and beyond, ranging from NATO global partnerships, cyber and energy security, to broader issues of NATO’s core purpose and its role after Afghanistan.

Alexander Vershbow, an Atlantic Council member, has been deputy secretary general of NATO since February 2012. Before his appointment to NATO, Ambassador Vershbow served as US assistant secretary of defense for international security affairs and as ambassador to the Republic of Korea (2005-2008), the Russian Federation (2001-2005), and NATO (1998-2001).