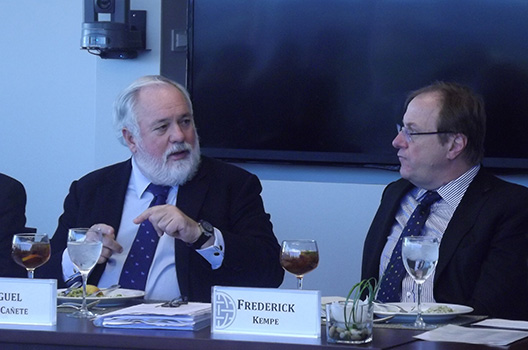 Mr. Cañete discussed the political and security aspects behind European energy. In light of Russia’s recent aggression against Ukraine, falling oil prices, and the danger of overreliance on foreign energy sources, thorough reform of European energy sector are of the highest priority. Other topics of discussion were how the cooperation within the European Union and with the United States are key to move forward and that an energy policy that protects European security and energy interests must be developed.gl