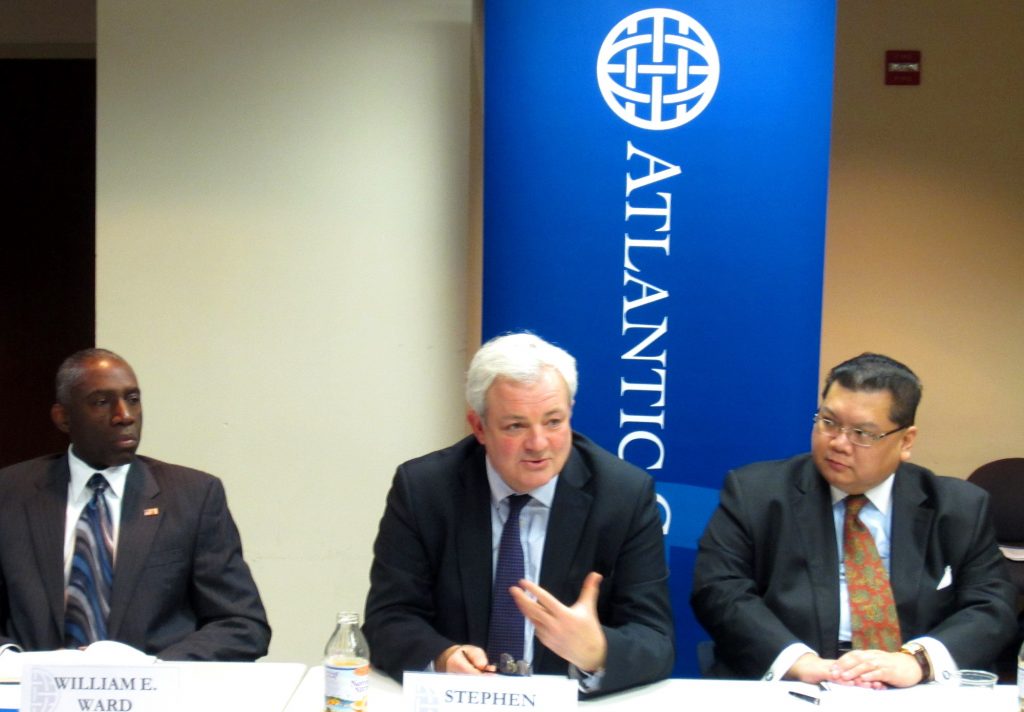 Since his appointment in September 2012, Mr. O’Brien’s role has been to lead the British government’s policy across that region, bridging the bureaucratic divide between the North Africa and Sub-Saharan Africa divisions within various ministries and departments. Mr. O’Brien discussed the British and international responses to the events taking place across the Sahel, especially those in Mali. Ansari Center Director J. Peter Pham moderated the discussion which was attended by US government officials, representatives from the private sector, and leading academics, as well as officials from the Foreign and Commonwealth Office, the Department for International Development, and the British Embassy accompanying the special envoy.