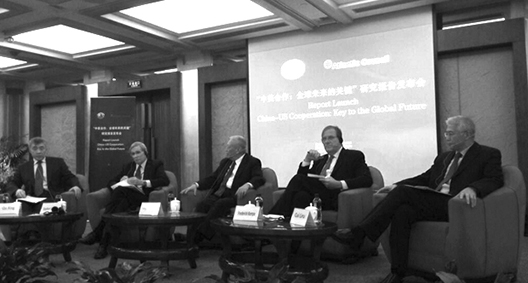 The Brent Scowcroft Center’s Strategic Foresight Initiative launched their recent report China-US Cooperation: Key to the Global Future at an event in Bejing. The report was published in partnership with the China Institute of International Studies (CIIS) and supported by the China-United States Exchange Foundation. An impressive group of speakers and panelists participated in the event. In his remarks, Atlantic Council Board Director Stephen Hadley empahsized the need for China and the US to demostrate the necessity of cooperation between the two countries on global issues to their respective peoples. He continued by saying that the cooperation between the two countries on global issues must be at the center of the bilateral relationship with the success of each being dependent on the other.